5 Melbourne Garden Weeds and how to prevent them.

Weeds are a part of gardening in Melbourne. One of the great things about gardening in Melbourne is the enormous range of plants that can be grown and also how quickly everything grows especially when some good rain comes. Unfortunately, this also applies to the weeds. There is also a wide range, and they grow rapidly under certain weather conditions. The key to effective weed control is to identify them and take action early. The best defences against garden weeds are vigorous plant growth and lots of mulch.  The presence of particular weeds may be an indicator of other garden problems like compressed soil or incorrect PH.

By definition weeds are a wild plants growing where they are not wanted. These can be split into the categories of garden, lawn or environmental. These categories will include some broad-leaved trees, small noxious weeds and even some commonly used lawn grasses such as Kikuyu grass and clover. The invasive species can be either territorial or aquatic. For the environmental ones, the local councils Melbourne City Council has provided some excellent resources for identification and eradication.

Where do Invasive weeds come from?

Around 66% of these invasive species originated as garden ornamental plants or flowers, so care must be taken with garden plant selection, cultivation and waste removal. An example of this is the Sweet Pittosporum (Pittosporum undulatum), which is often spread from the berries of variegated Pittosporums in gardens. Up to 40% of Australian Native Plant species are under threat from invasive weeds and as most of these are escapees from gardens, it is up to the home gardener to take action. Often weeds are quick growing, very hardy plants that can adapt to a wide range of growing conditions. Also the seeds can be spread by animals, especially birds, flowing water, wind or human activities. Tasty weed berries or seeds are often spread over a wide area by birds. The weed seeds often take advantage of disturbed soil or other changes to the environment.

The docks and sorrels of the genus Rumex can be a problem in different parts of Australia. Broad leafed dock (Rumex obtusifolius) is more likely to be seen in the cooler climate of the southern states. The curled dock (Rumex crispus) looks similar but the leaves are more tapered with a wavy edge. The curled dock can be a pest in Victorian gardens and is difficult to remove due to its long tapered tap root. To prevent these regrowing it needs to be dug down to about 15cm. Dig them out in spring when they are most vulnerable. 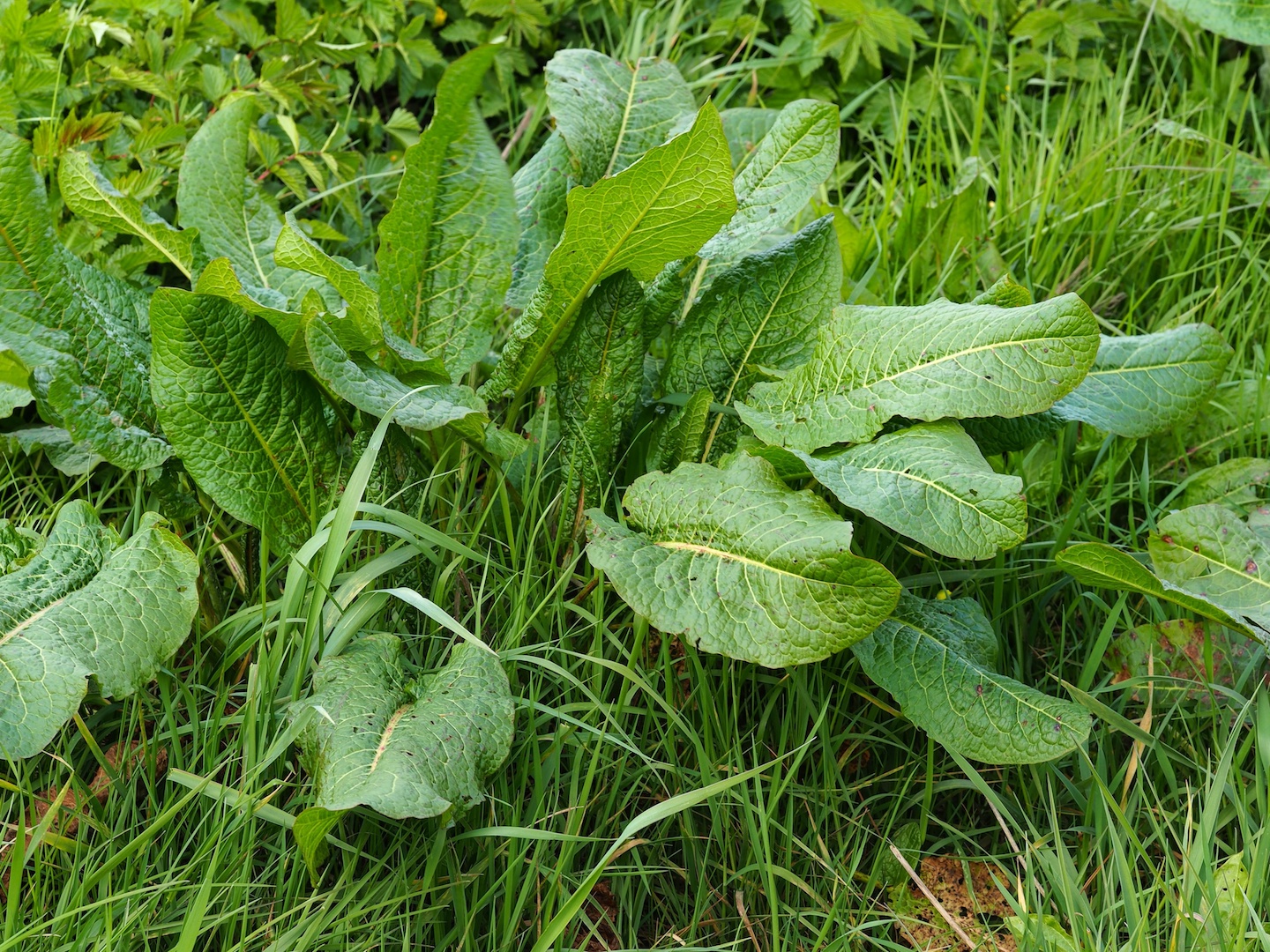 Docks and Sorrels have a long tap root that needs to be dug out to prevent the weed returning.

Dandelions also have long tap roots. If all of the tap root is not removed, the weed will soon grow back. Dandelions in your lawn or garden can be an indicator of compressed soil or a lack of calcium. Dandelions can be dug out with a garden fork or with a special tool designed to dig out garden weeds with long tap roots. 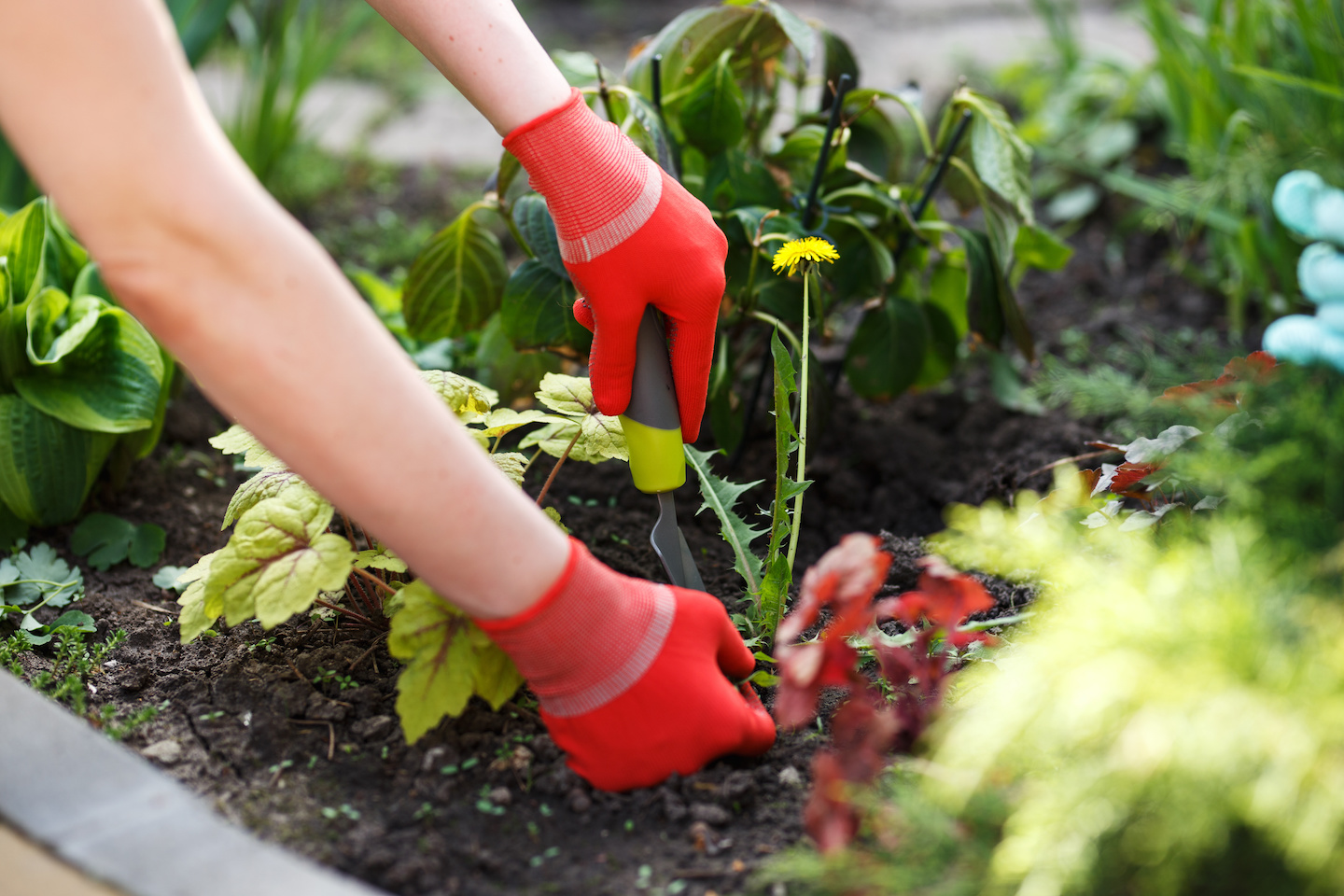 Weeding a Dandelion. Dandelions have a long tap root which must be dug our to prevent the weed returning.

Mimosa pudica is a small prickly herbaceous shrub with divided leaves which react to being touched. It is native to Brazil and can be seen in Melbourne growing in damp conditions. Growing to around 50cm, it has fluffy pale purple or pink flowers. It is often seen on roadsides, pastures, crops and other disturbed soil in summer. 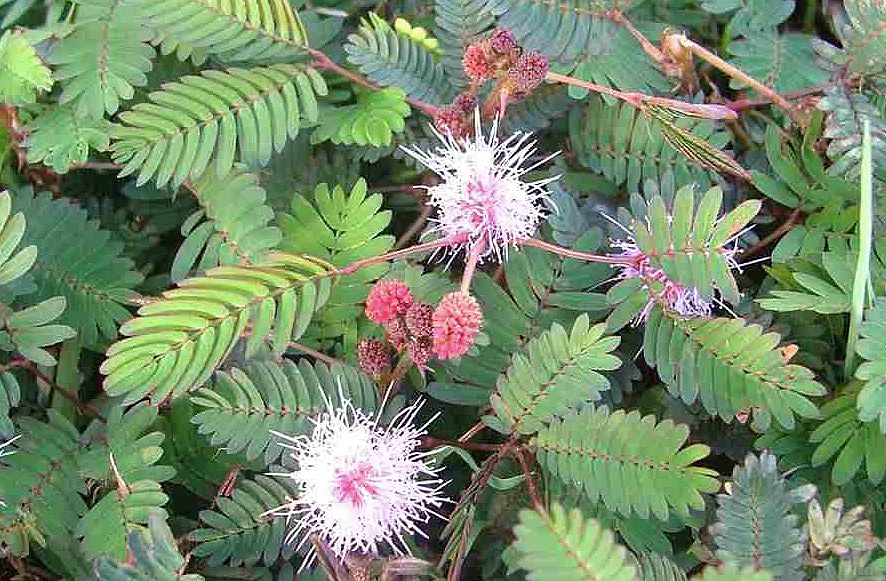 Red pigweed or Common Purslane (Portulaca oleracea) also known as verdolaga, pigweed, little hogweed, red root, pursley, and moss rose). This annual succulent may reach up to  40 cm in height. Widespread around the world, it is believed to also be an edible Australian native plant. Perhaps calling this one a weed is a bit harsh as it has been used as a herb and for medicinal purposes. See the link on edible weeds below.

Common chickweed or chickenweed (Stellaria media). This weed is often seen in gardens and cultivated land as it thrives where the lighter soil has been disturbed. It prefers high PH and humid wet conditions. Common Chickweed has small, star-like, white flowers, and oval, fresh green leaves. It was once used to feed birds and chickens. 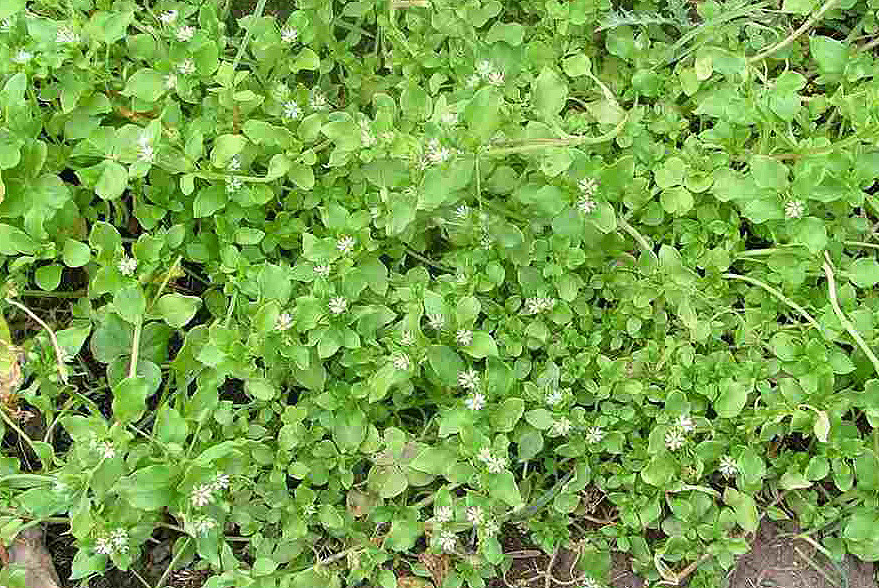 Onion weed , onion asphodel  (Asphodelus fistulosus) has Scattered populations in Victoria.  Onion weed is native to the Mediterranean so it is well suited to the climate in most parts of Melbourne. It is however, a declared noxious weed. It is found in arid environments and  sub-humid warm temperate regions in cropping areas, pastures, rangelands, open woodlands, grasslands, shrub-lands, roadsides, railway lines, waste areas, coastal environs and disturbed sites. Which is pretty much everywhere except in water. When this weed takes hold, it is very difficult to eradicate due to the multiple tiny bulbs in the ground 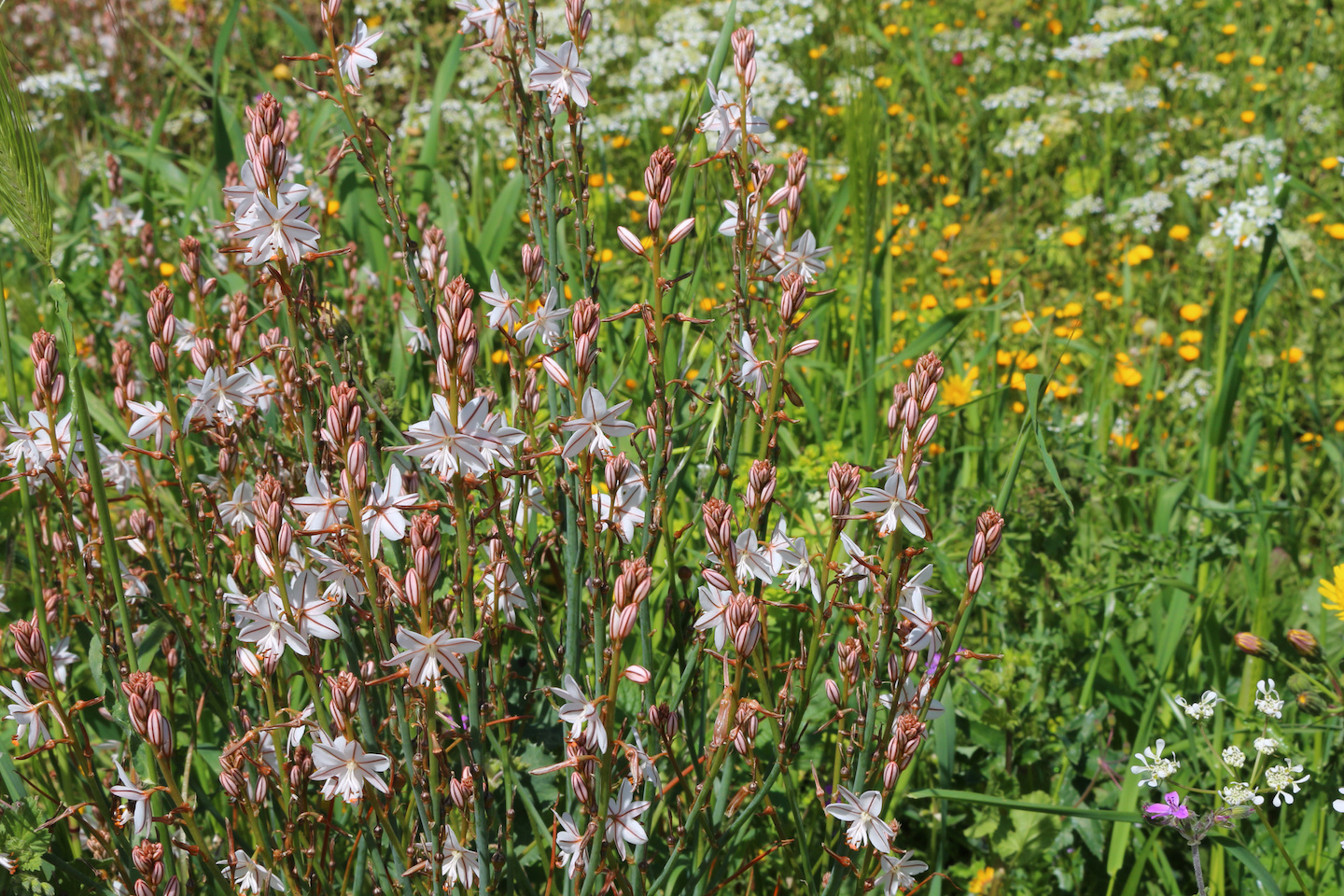 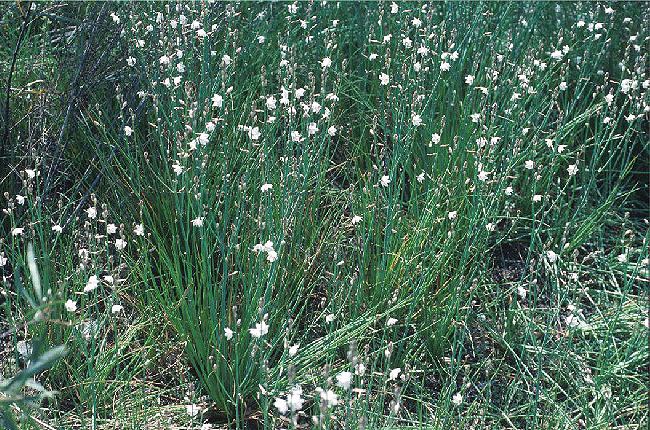 Lantana Camara is a perennial or evergreen shrub with sometimes prickly stems, lantana species growing up to 1500 millimetres tall with thin wiry stems. It is toxic to pets and children, so it is best not to let this on get a foothold in your garden. This species has been widely cultivated as a garden ornamental, but is regarded as a restricted weed in many parts of Victoria. Most of the cultivated ones will be hybrid species. The wrinkled, 2.5  centimetres long leaves are oval-shaped located in opposite pairs with serrated edges. Flowers are clusters of small yellow or orange. As with many of the other weeds, they are often spread by dumping of garden waste. When digging these out, note that Lantana can re-establish if their roots or growing parts are left in contact with moist soil.

If you have a backyard pond, you might see the invasive species Salvinia (floating moss or water spangle,)  These are actually tiny ferns that float on water. There are about a dozen species Salvia has three leaves and no roots, but one of the leaves functions as a root. y are used to decorate aquariums and garden pools. However, some species of Salvinia molesta is one of the species that has escaped garden ponds and become a noxious weed. It is important not to confused it with the native Azolla species which has a more conventional root system and two rows of bilobular leaves. 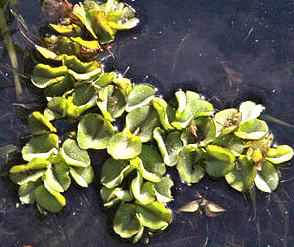 For garden beds you could try ECO weedmat with a healthy layer of mulch above. Another approach is to wet down some newspaper and lay it down in interlocking layers. This works surprisingly well, if you can get enough newspaper layers to achieve a minimum thickness of 8mm. On top of this you need around 100 mm of mulch. Cane mulch is fairly easy to move and lay on your garden bed and is reasonably priced. If you prefer a different look, this can be covered with more expensive pine bark, red or black mulch. The newspaper and mulch will kill most of the existing weeds as the sunlight is effectively blocked off. Any weeds that grow after the much is laid, will be easy to pull out. For best results, top up the mulch up as it rots down. Annual topping up should work well, depending on the type of mulch used. Take care not to mulch up against the stems of any woody plants, as this can cause collar rot. An very effective way to prevent weeds is to have a healthy garden full of vigorous plant growth. Tiering plants on different layers creates harmony, structure and reduces future maintenance by vertically spreading competition. Most weeds will not thrive if they are starved of sunlight. An Australian native ground cover like Creeping Boobialla (Myoporum parvifolium) will be very effective at suppressing weeds as well as providing food and habitat for birds and lizards. 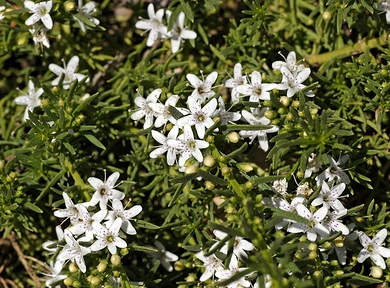 Creeping Boobialla (Myoporum parvifolium) is a hardy prostrate groundcover. It can grow to 1 metre high, but rarely gets this high when it is free to spread. During summer months it will have either purple or white flowers.This is an excellent choice for a spreading groundcover for a sunny well-drained position where some weed suppression is desired.

If you have weeds growing in your brick paving, then a simple and cheap method to eradicate them is to use boiling water. Spraying vinegar will kill off the leaves, but generally the roots will be unaffected. For your lawn, a weed removing tool like the Fiskars Xact Weed Puller from Bunnings is worth a try. Weeds can then be removed without bending or kneeling. For broadleaf weeds like dandelion in the lawn, you can try topdressing with sand. One of my favourite methods of weeding the lawn, is to use the lawn aerator to take the tap root out and aerate at the same time. If you have unwanted clover growing in your lawn, then decreasing the PH will make it difficult for the clover to thrive. Rhizobium bacteria in the legume nodule are less able to fix nitrogen for the plant under these conditions. As with the garden bed, the best prevention for lawn weeds is to have a health thriving lawn. For particularly bad infestation, you may need to use a selective herbicide.

Assistance with weed identification and control

The government has produced an Environmental Weeds booklet which aims to help residents identify weeds and provides information on how to control environmental weeds. The link is below.

In commercial landscaping weeds are generally sprayed with glyphosate or the garden beds are cultivated to dig the weeds into the sub-base. It is vitally important that any environmental invasive weeds are completely eliminated from the entire construction project. Commercially landscaped gardens will usually be covered with 75mm of a high quality, weed free mulch. 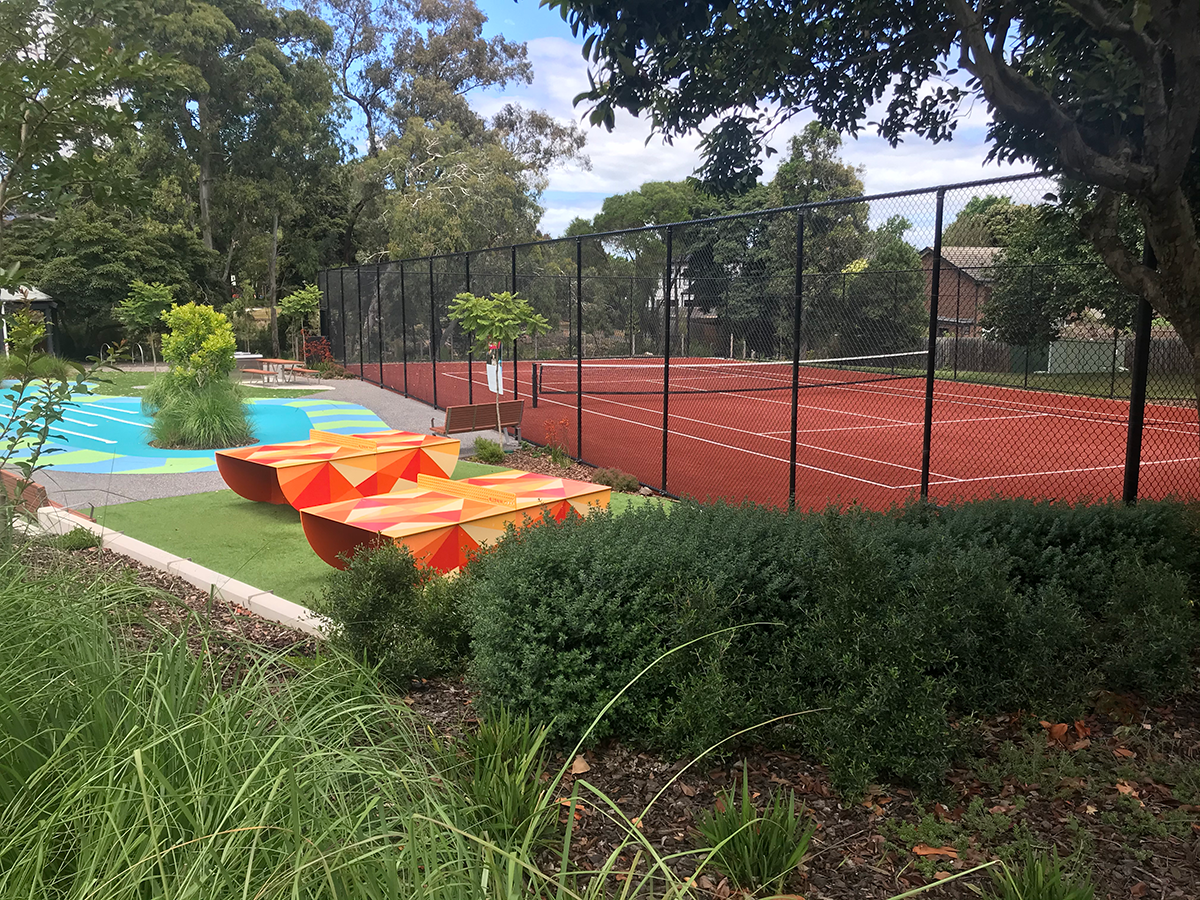 Modern Commercial landscaping uses lush plantings of Australian native grasses. To control weeds in these cases a Yates Zero Weeding Herbicide Applicator Brush from Bunnings is used. The top tips with these is use a coloured dye so that it can be easily seen which weeds have been treated already. The special weed application dye can be purchased at your local hardware store, or you can use food dyes. For commercial use a higher concentration of herbicide is generally used, but very good weed identification skills are required. One of the advantages of this weed control method is that the herbicide is only used where it is needed and not spread over a wide area. 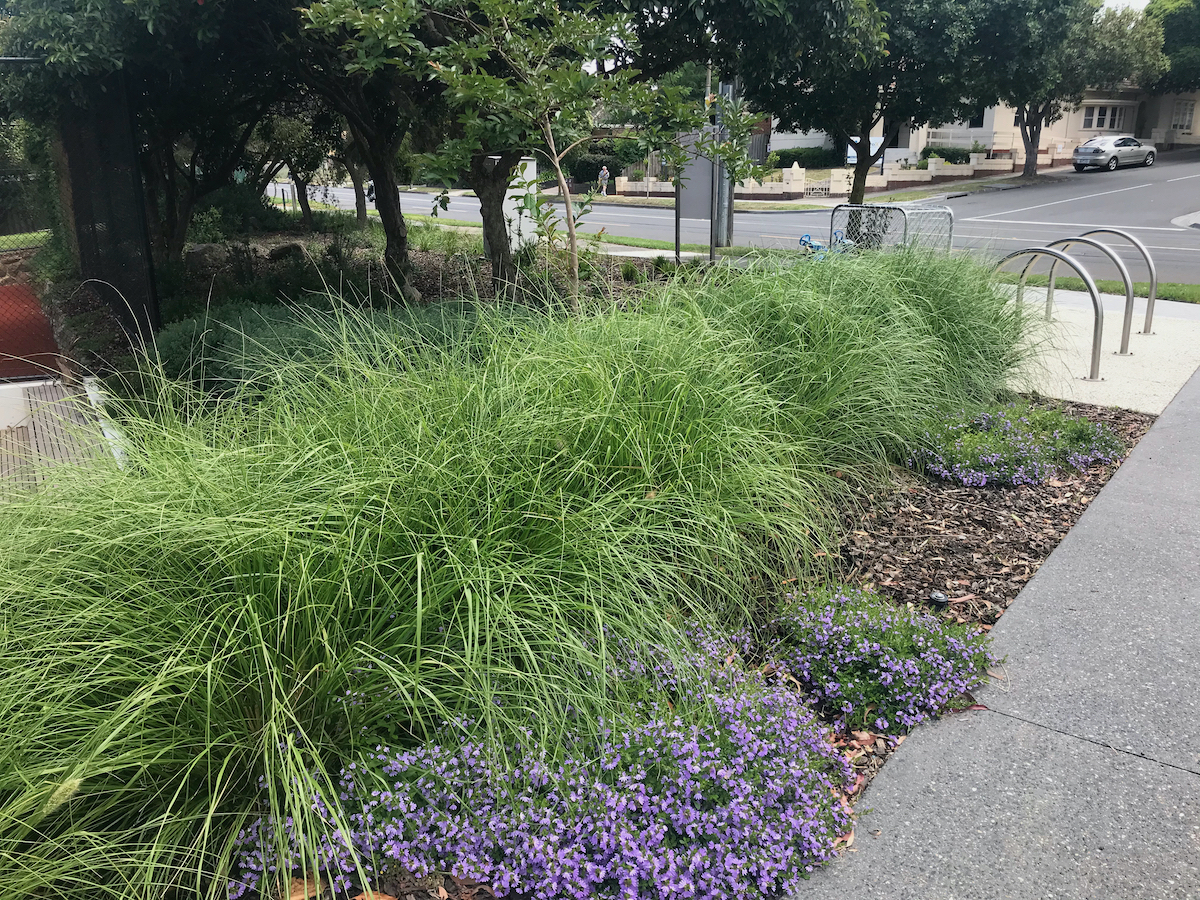 Native grasses and mulch in a commercially landscaped garden.

Which ones can you eat?

City of Boroondara – Strategies for prevention and removal.

Visual glossary of the weedy heritage of Melbourne, Australia.

How to remove Dandelions