Melbourne Cottage Gardens owe much to the English cottage gardens of the 1800s. If you have a Cottage Style Home or a heritage style home, there is a lot you can do in the garden to give your home garden that authentic look. Many of the garden design ideas can also be applied to you small Melbourne garden.

The history of Cottage Gardens.

Melbourne cottage gardens designs can trace their heritage back to the English cottage gardens of the 19th century. These, in turn have origins going back centuries earlier in 87 AD. When the Romans invaded Britain, they brought with them many plants with both medicinal and food supply purposes. Later, Emperor Charlemagne even went so far as to recommend what plants should be grown. In Capitulare de villis, which guided the governance of royal estates, Charlemagne recommended many plants from southern Europe. These plants included gladiolus, cucumbers, melons, cumin, rosemary, artichokes and fennel. Many of these plants would have looked and tasted much different to the plants we harvest today. The result of Charlemagne’s decree in around 780 AD, was to greatly increase the variety of plants grown in the royal estates. 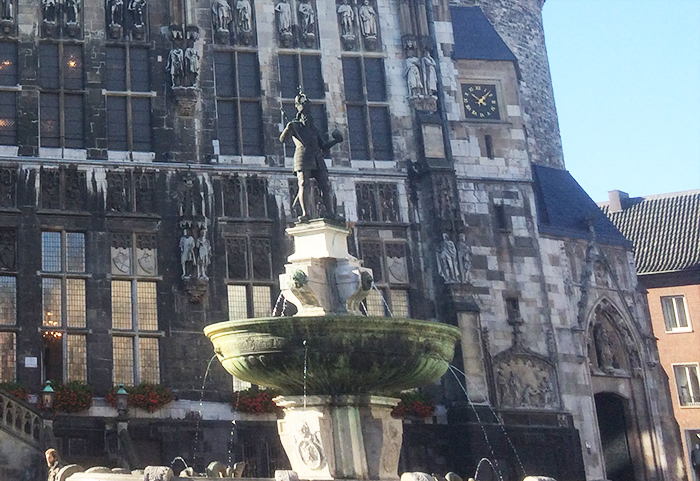 Emperor Charlemagne decreed the plants to be grown on Royal Estates.

The monks in monasteries created gardens to not only feed themselves, but also to produce medicines and essential oils. Within the walls of the monasteries, the monks developed sophisticated garden designs which formed the basis of the cottage gardens we know today. As well as food crops, monks also developed cheeses, beers and alcoholic spirits. Some the products developed by monks are still famous today. Monks also made money through the production of honey and lavender. Lavender water was manufactured my monks by diluting essential oils produced through the distillation of lavender flowers. This was an early example of a cottage industry. 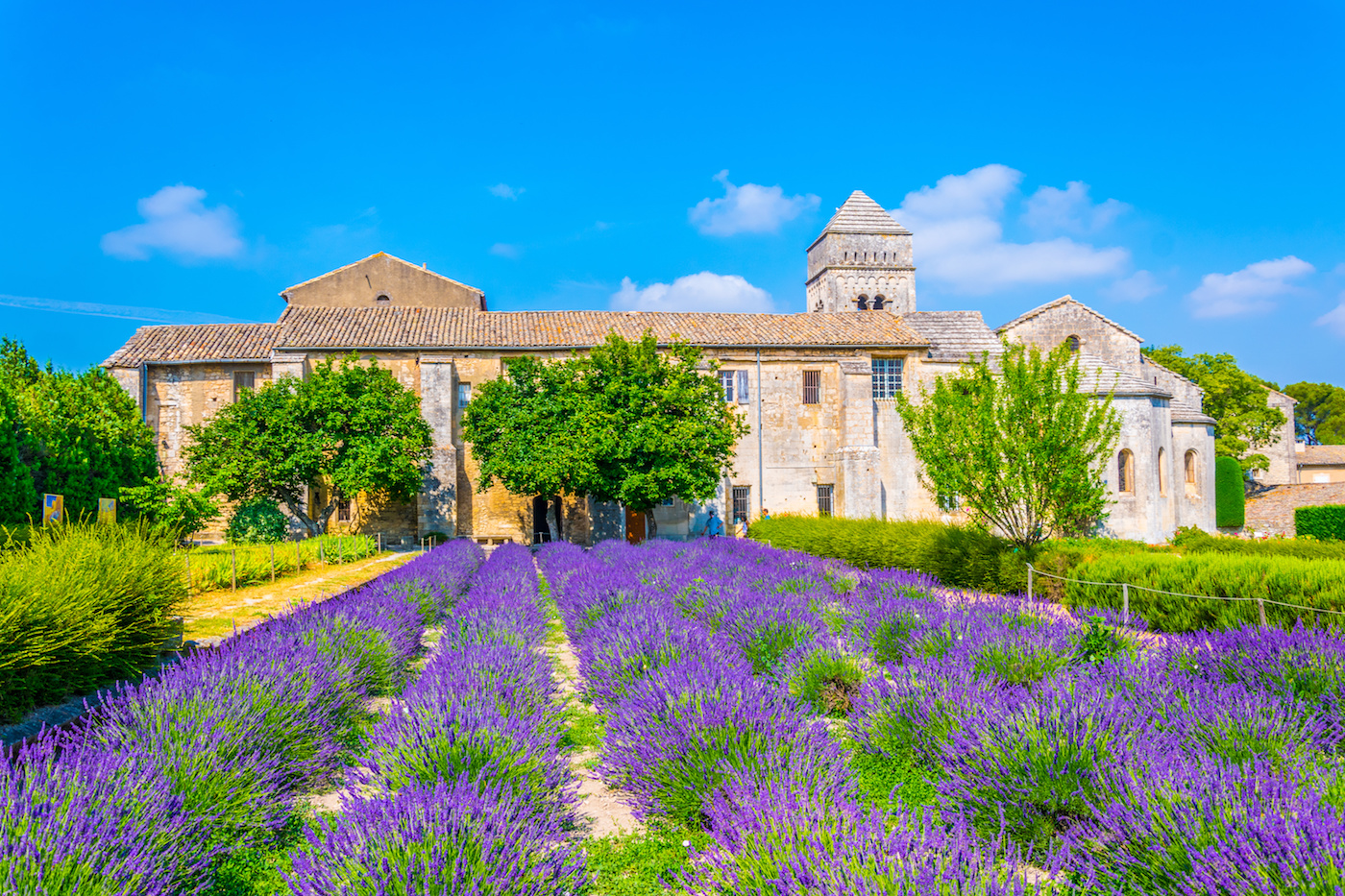 Lavender field in the monastery of Saint Paul de Mausole in France. Monks developed sophisticated garden designs which formed the basis of the cottage gardens we know today

The age of discovery lead to a boom in garden diversity. Many new garden plants were brought back from the new world and the Far East to add to the European plants already in cultivation. Botanical Gardens were established in most major cities to further horticultural research and the use of plants for medicinal purposes. Exotic plants were also propagated for their beauty as garden plants.

On a swampy site near the Yarra River, the Melbourne Botanical Gardens were established in 1846 by Lieutenant Governor Charles La Trobe. The first director of the Melbourne Botanical Gardens was famous Botanist Ferdinand Von Mueller. Von Mueller’s garden design included a formal garden with a specific educational purpose. This garden was designed to show the relationships between families of plants. Horticultural shows also took place in the gardens during Von Mueller’s time, bring the beauty of flowering plants to masses of people in inner city Melbourne. 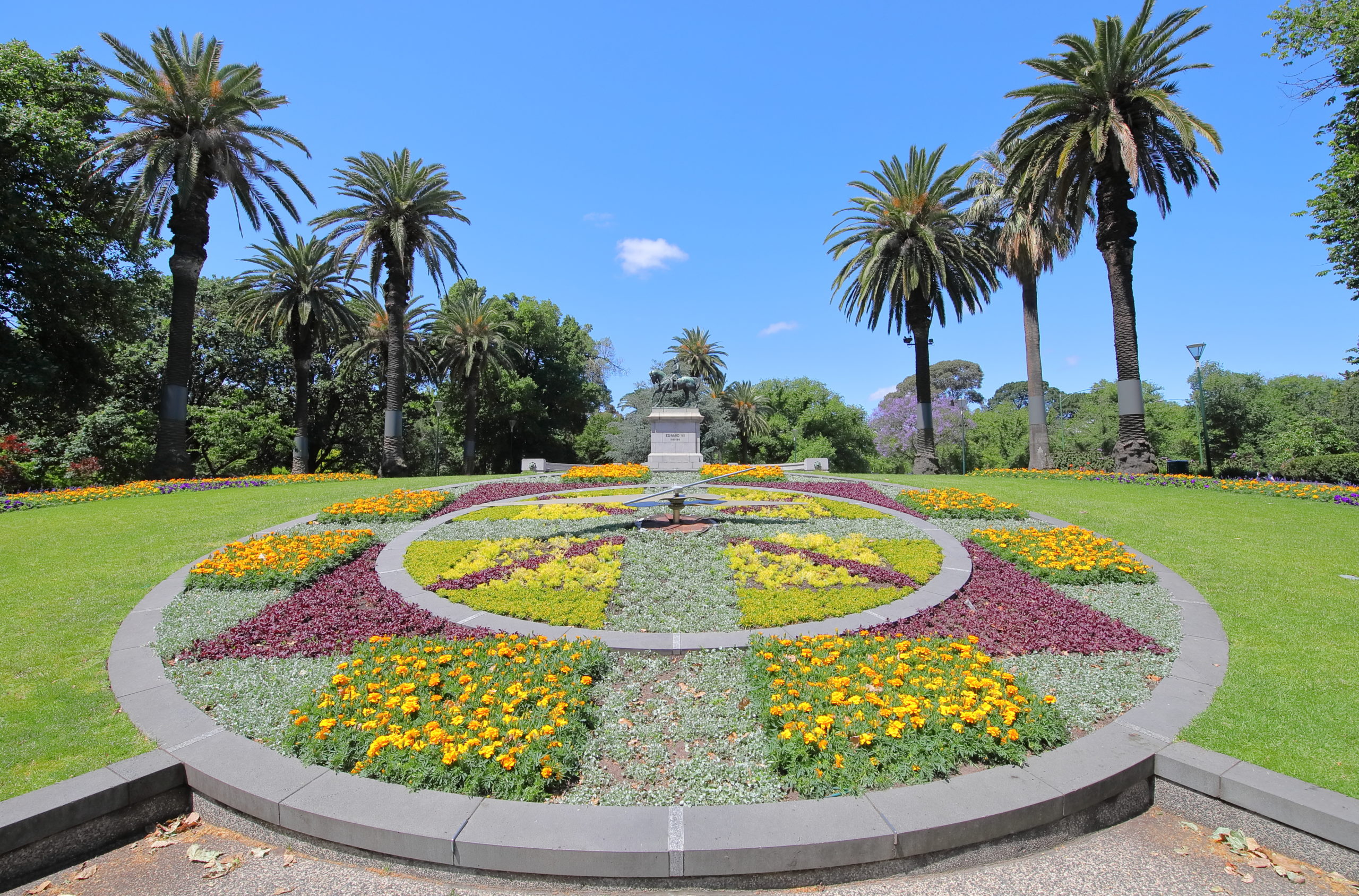 The next director after Von Mueller was the “master of landscaping” William Guilfoyle. During Guilfoyle’s time in charge, many of the landscaping features in the Melbourne Botanical Gardens were established. This included the sweeping lawns and the use of foliage plants that we see in many Melbourne Gardens today.

The evolution of English Cottage Gardens

Industrialisation and urbanisation lead to changes to the English Cottage gardens. During the industrial revolution, the philanthropic movements assisted Britain’s poor to establish their own garden allotments. These enabled families to grow fruit and vegetables either next to their house or together in green belts in the towns and villages. This no doubt improved the quality of life amongst English families.

With greater middle-class wealth, many humble cottage gardens began to emulate the plantings seen in the wealthy estates. Cottage gardens were no longer just to sustain a family but became a source of beauty as well.

Cottage Gardens and the Arts and Crafts Movement

The excesses of industrialisation during the Victorian era lead to the establishment of the Arts and Crafts movement. This was born of a desire to restore simplicity to buildings and furnishings and revive traditional craftsmanship. The effect of this movement on garden design and in particular cottage garden design, was enormous. 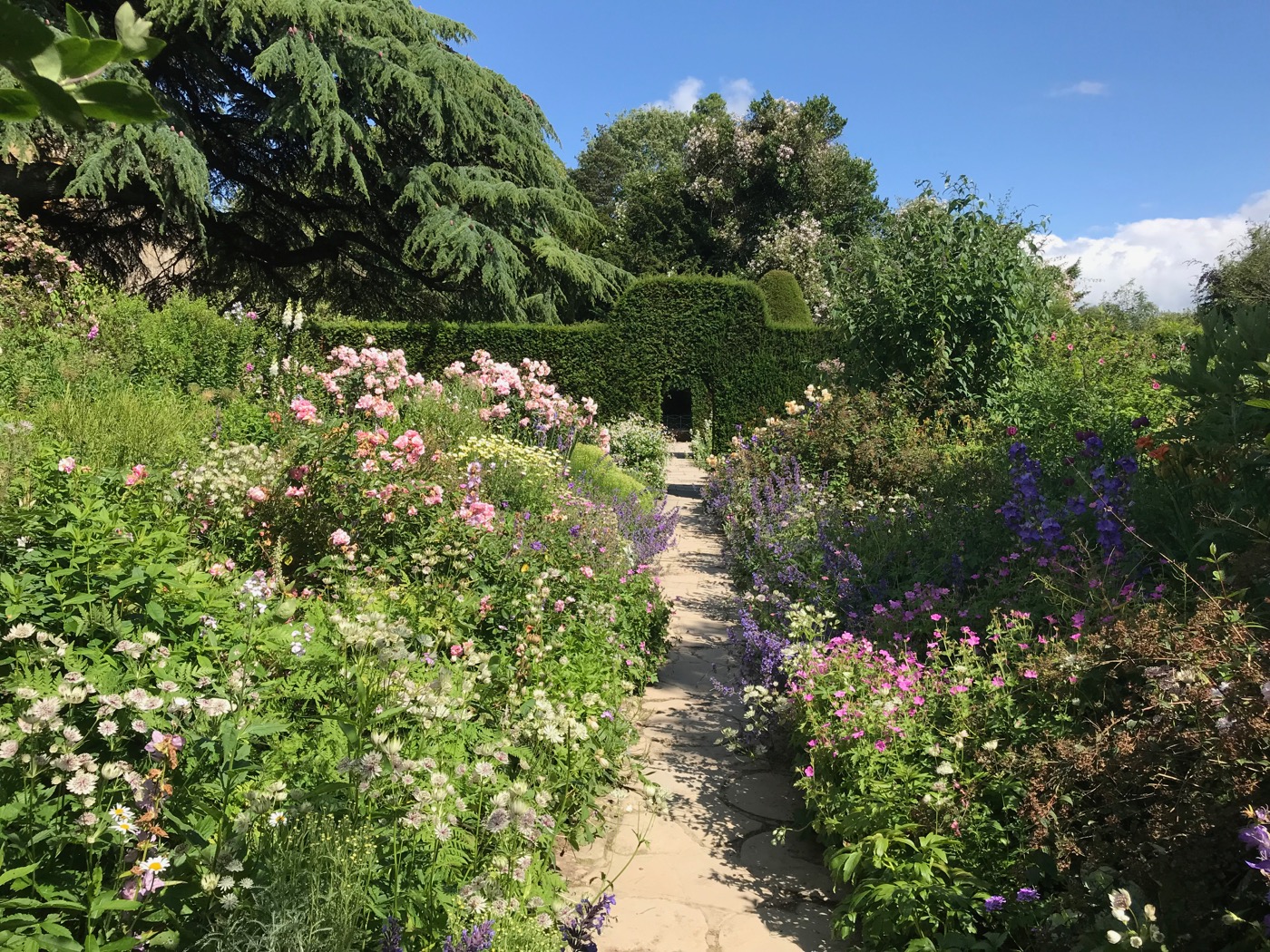 Hidecote – Between the 1890s and 1930s gardens the Arts and Crafts Movement influenced Cottage Garden design.

These gardens used natural materials and traditional craftsmanship and echoed the architectural elements of the  garden design. 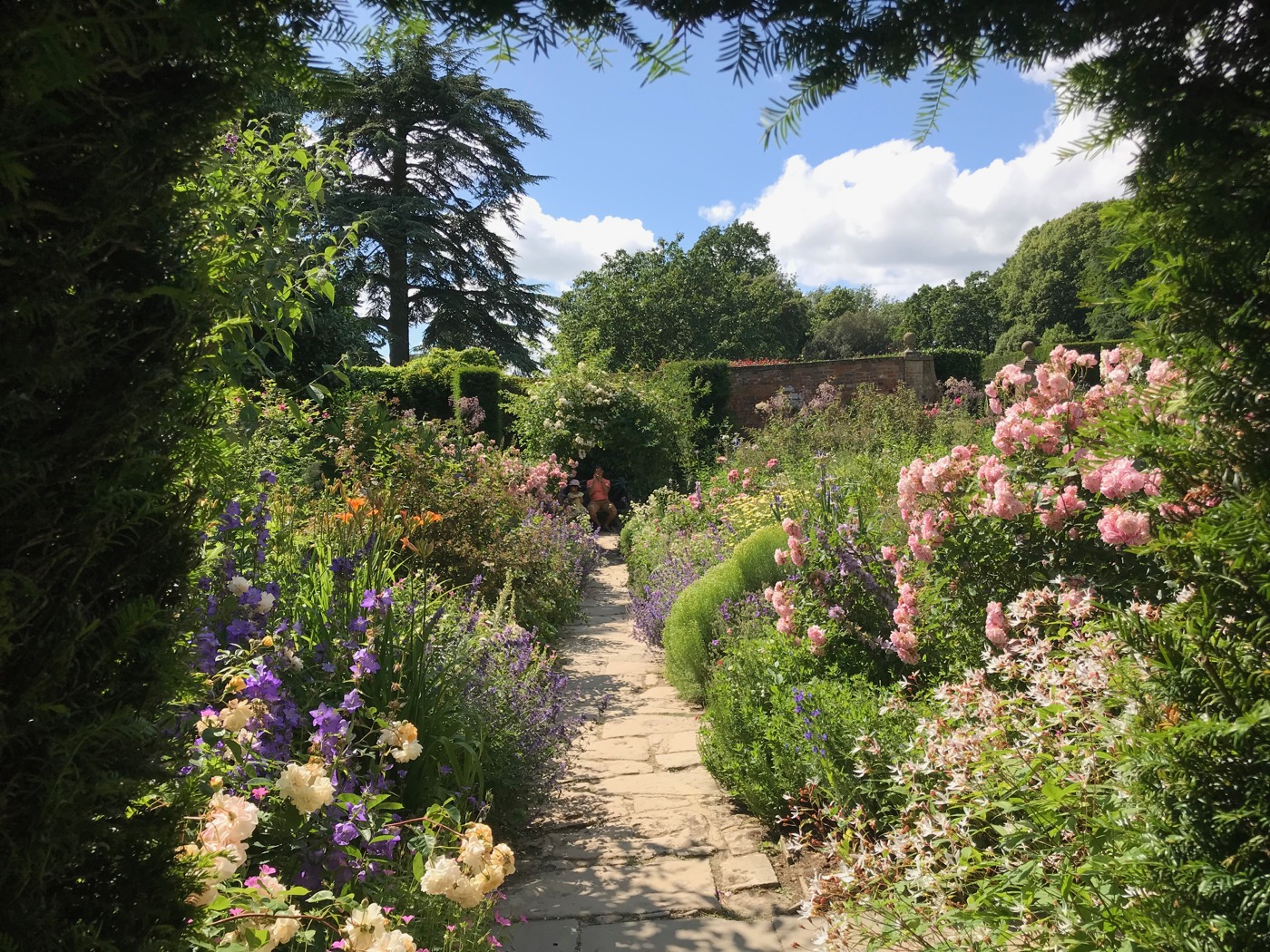 Arts and Crafts Movement Cottage Garden at Hidecote. Ornamental Garden Structures such as gazebos, and use of natural materials like this stone path are hallmarks of an Arts and crafts garden. Also note the plant choice and overflowing look typical of a typical English garden.

How to Create one.

Learn how to design one.

Some beautiful ones to charm you

Proper garden maintenance is critical to your property value in Melbourne the heart of the garden state. A well maintained garden will also save money in the long term and give visitors a sense of well being. 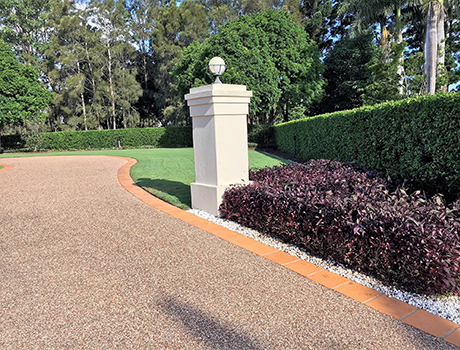 Garden maintenance can be a challenge in Melbourne with garden design styles varying from formal gardens with hedges to rustic native gardens. These factors can affect the cost of maintenance.

Combating Melbournes climate is not easy, however, knowing your hedges ideal height, correct pruning and ideal mowing frequencies you can easily stay on top of your workload. Frequent care of your hedges, palms and lawns minimizes surface area this reduces photosynthesis and slows growth rate. This creates a quicker job for the gardeners with less mess to clean up and a good reduction in cost. 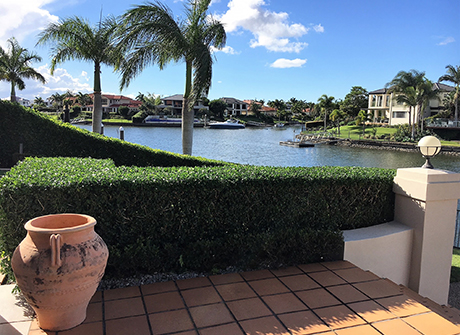 Controlling water is also essential for reducing growth rates. Having a professional optimize your irrigation controller is essential for maintenance in the Melbourne. The program should be aimed at keeping plants alive and healthy but programmed to minimizes water to reduce excessive growth. Increasing watering frequency and reducing dryer periods allows you to greatly wind down irrigation times. We find this not only reduces growth rates but also creates healthier more resilient plants and turf. Calibrating a water sensor to shut down the irrigation through periods of rain is also critical for reducing water and slowing growth rates.

Please if you have any further questions on how getting a maintenance professional can help you with your garden, please fill out the contact form at the bottom of the page of give me a call 0424350910. I Have listed below some of my company’s maintenance services have a read to see how we might be able to help you.

Reds Landscaping and Civil services Melbourne city and suburbs for your maintenance, design and construction needs.

Our team of professional Melbourne landscape designers, qualified tradesmen, trained staff and skilled contractors, have extensive experience in all aspects of garden construction and landscaping. Red’s Landscaping and Civil will ensure that the construction of your project is both cost effective and time efficient, while guaranteeing the best quality outcome. Modern horticulture is not just about flowerbeds and borders. Our experience and training in horticulture, and our landscape design expertise, will bring your Melbourne Landscaping vision to life.