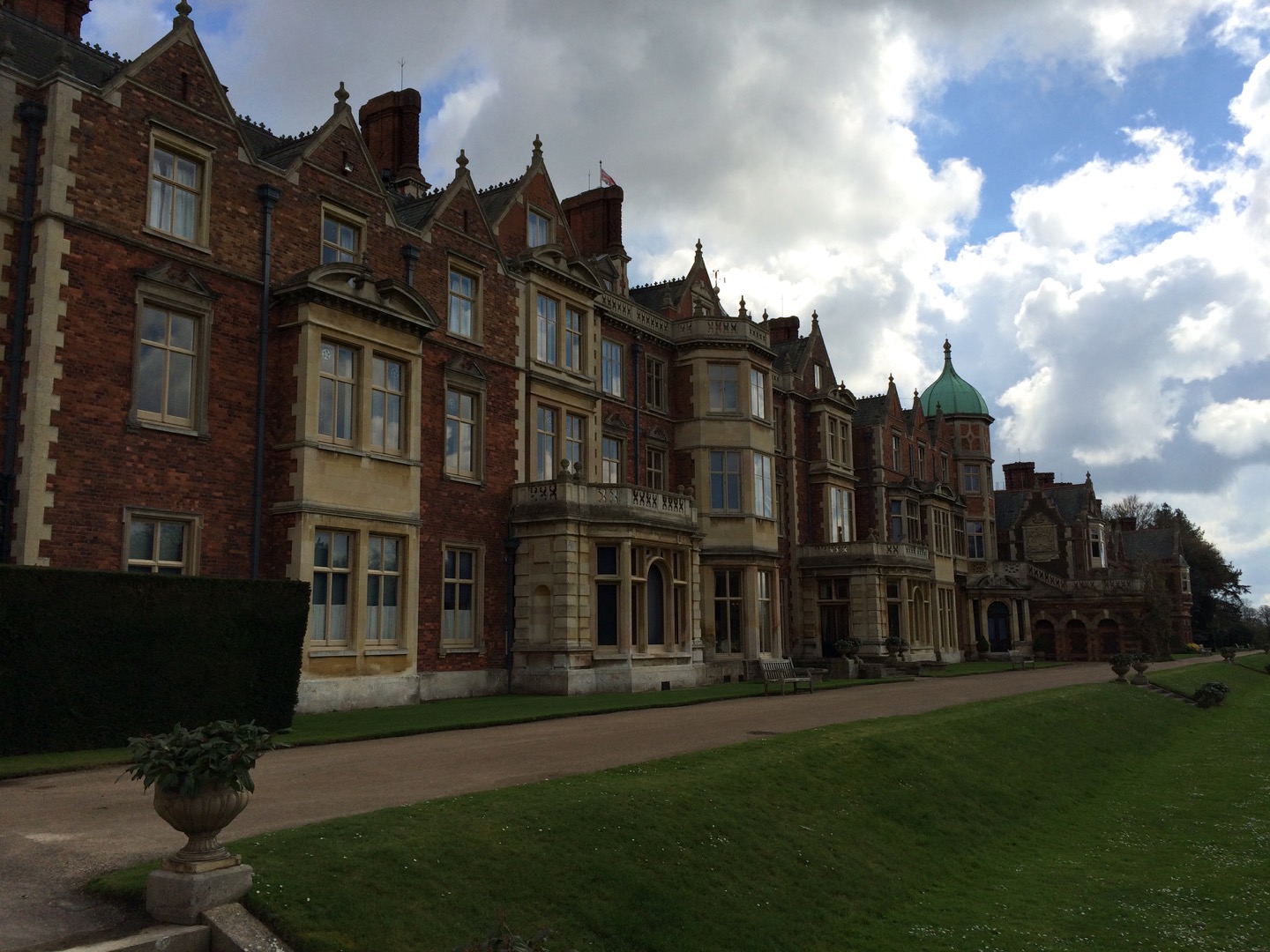 Sandringham Estate – Concrete pot on a pedestal and garden path.

Sandringham Gardens in Norfolk is one of the the most beautiful of all the Royal properties. The grounds, which are more than 25 hectares, have been redeveloped by successive monarchs since the original purchase by King Edward VII (Then Prince of Wales) in 1863. Prior to becoming a Royal home the property past through the hands of a few owners each of which put their own design stamp on the landscape design.The Cobbes family owned Sandringham was by from 1517 to 1686, after that it was bought by the Hostes. Latter it was inherited by the Henley family before 1794. At that time there was already a landscaped park with a new home. 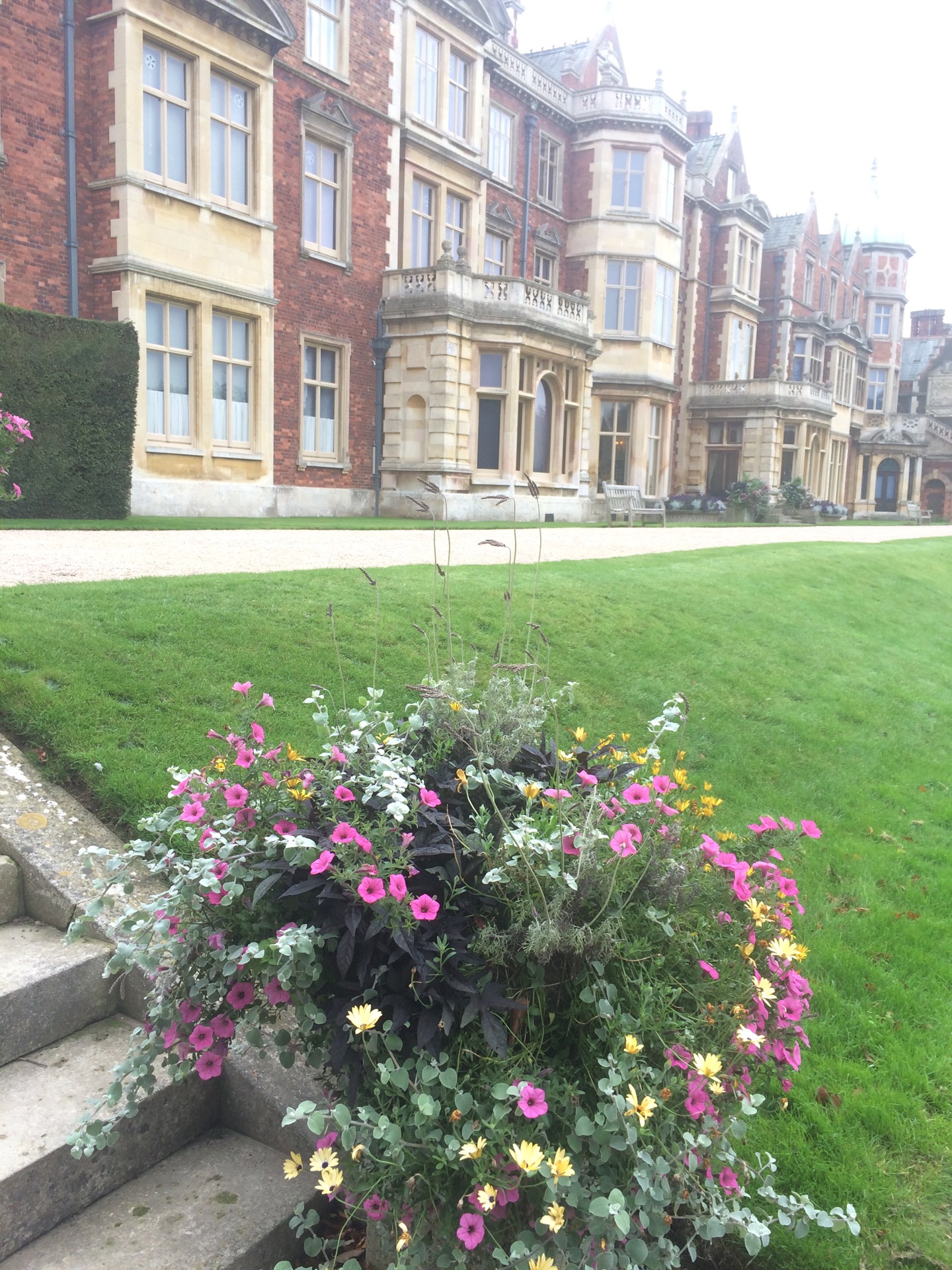 Potted Colour with stairs and pathway by the home. 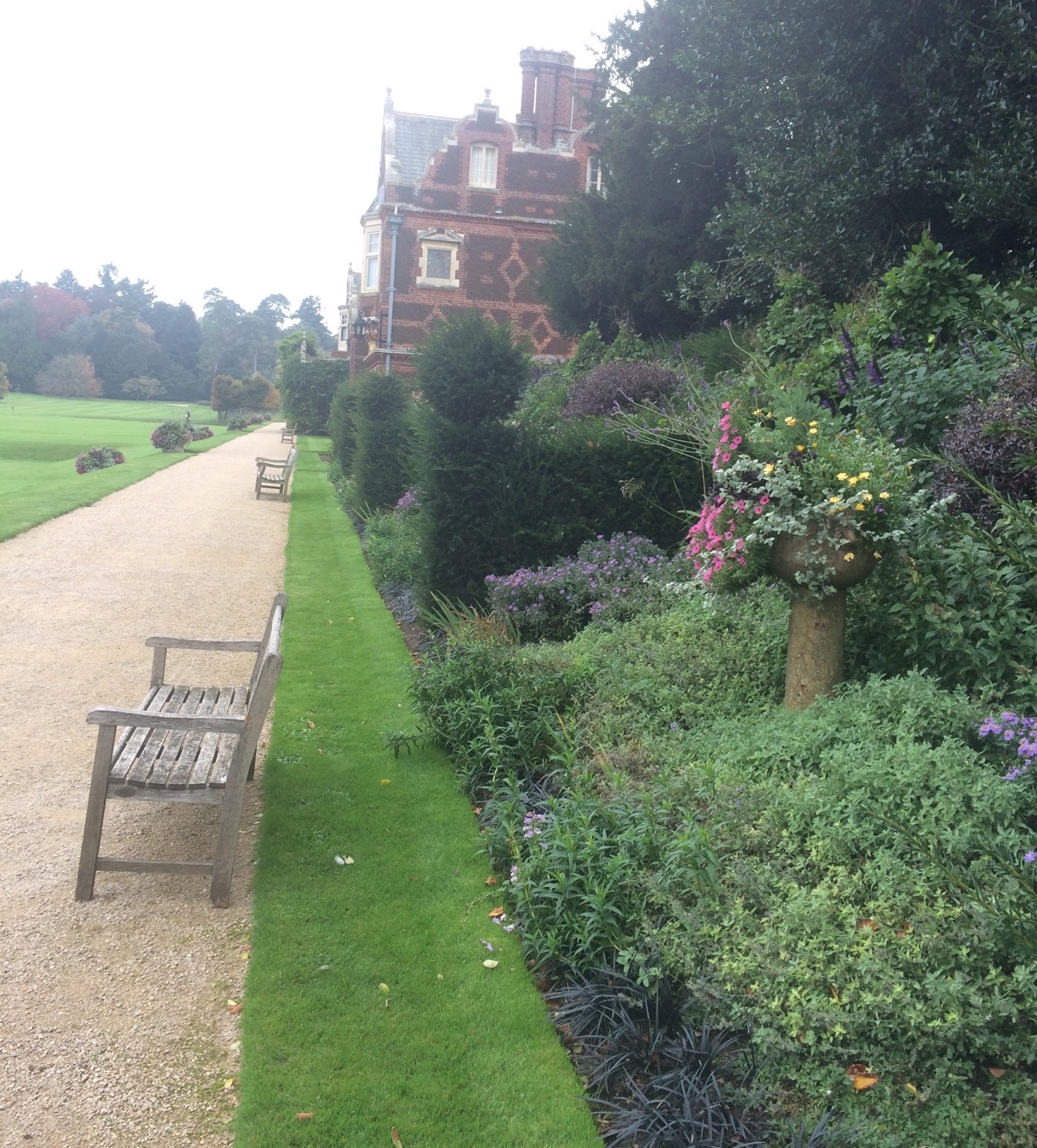 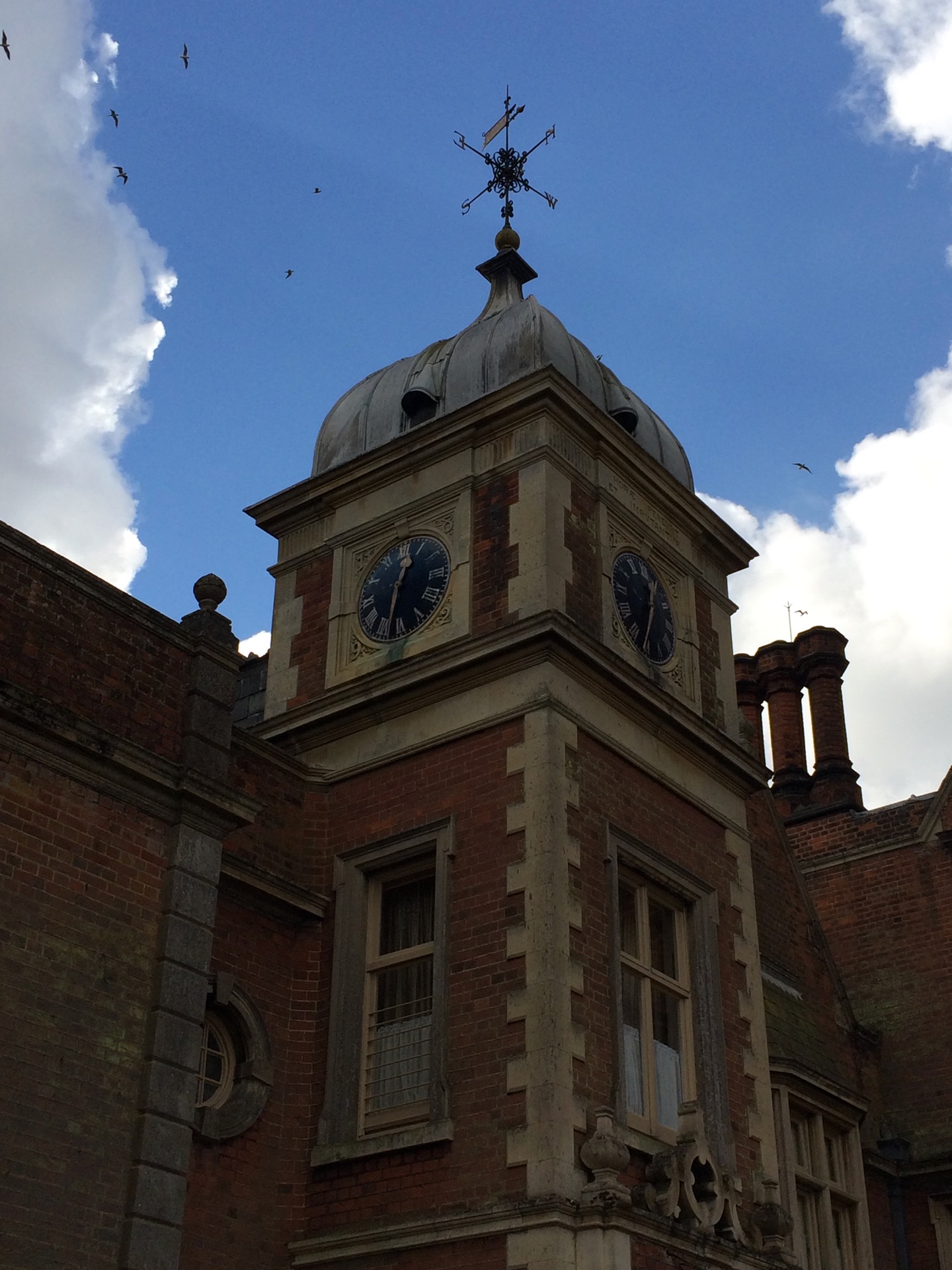 Cowper sold the property to Edward Prince of Wales. Edward was the son of Prince Albert of Saxe-Coburg and Gotha and Queen Victoria. Queen Victoria had hoped that a move away from the big cities would benefit Bertie’s moral character. Alas, Bertie had several of his mistresses visit him at the property including actresses Sarah Bernhardt and Liilie Langtry as well as Lady Randolph Churchill. 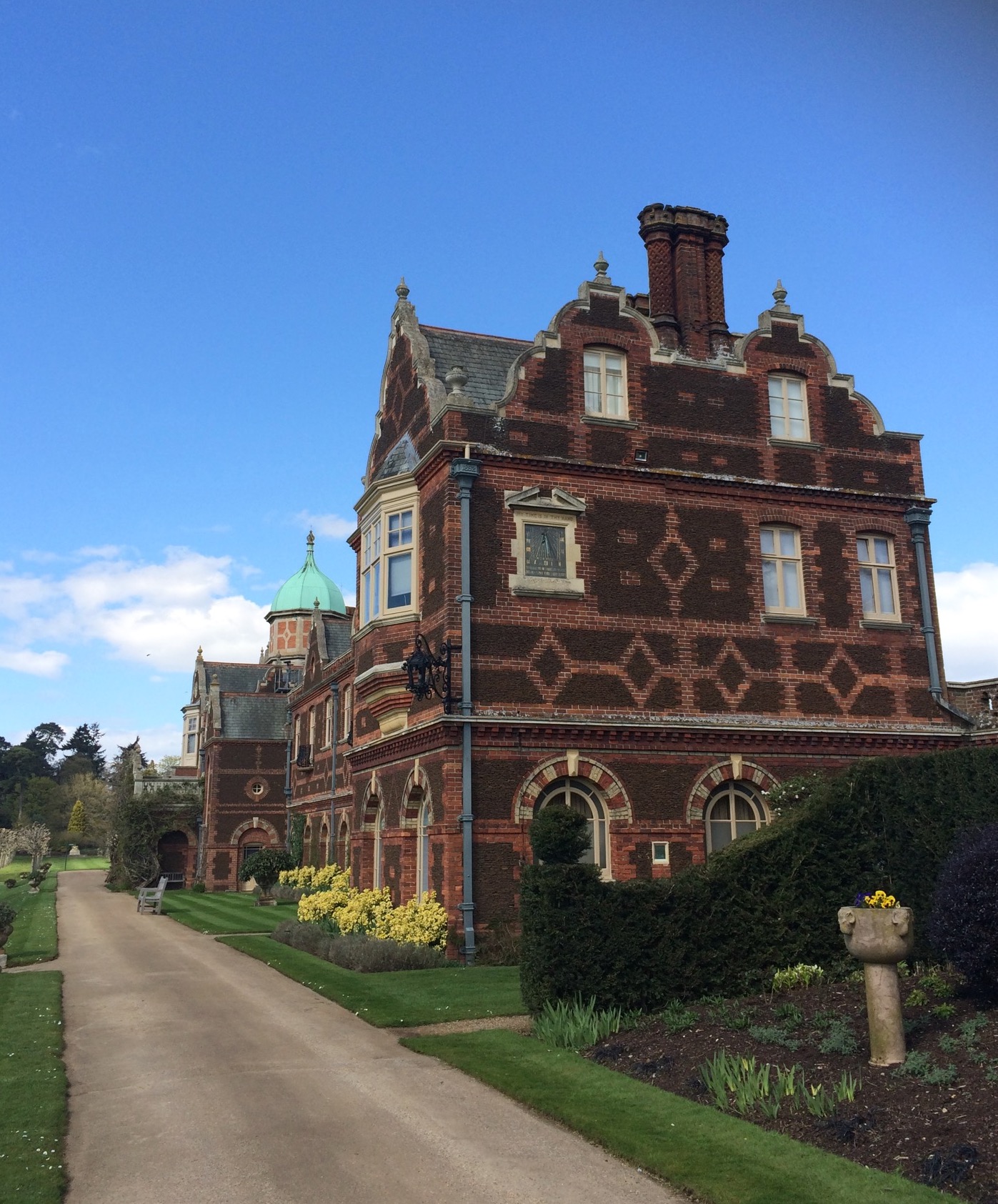 One of the first impressions of the Sandringham gardens are the Oak trees. The Commemorative Oak trees are planted in a landscaped forecourt lawn close to the main entrance of the property. Alongside the entrance there are neatly clipped yew tree hedges. 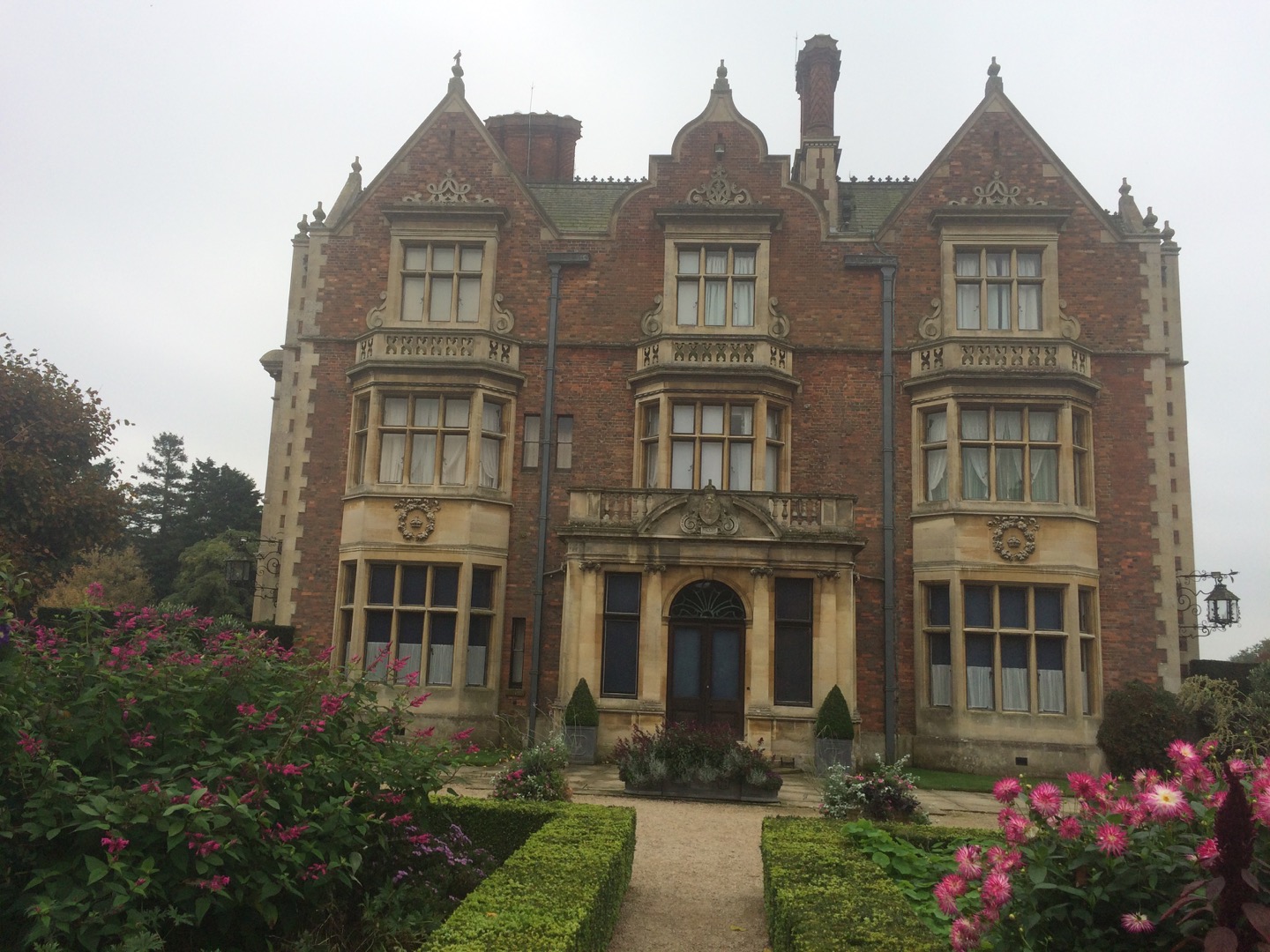 There is a walled kitchen garden around 300 metres from the house which originally had a rose covered pergola with oak cross beams supported by brick piers.

Influential Landscape Architect Geoffrey Jellicoe created the formal hedged enclosed garden in 1947.  In the words of Jellicoe,- “The need for garden secrecy .. is answered here decisively in the Chinese conception of a box within a box within a box”.  A central path leading to the beds of herbaceous plants is flanked by  pleached trees.

Her Majesty’s own landscape design work at Sandringham

In the 1960’s Her Majesty Queen Elisabeth II Initiated a densely planted shrubbery of magnolia, camellia and Rhododendrons. These these acid loving plants was brought up to Sandringham from the Windsor Castle gardens. These plants can be found in the area of the garden near the Northwest garden wall. 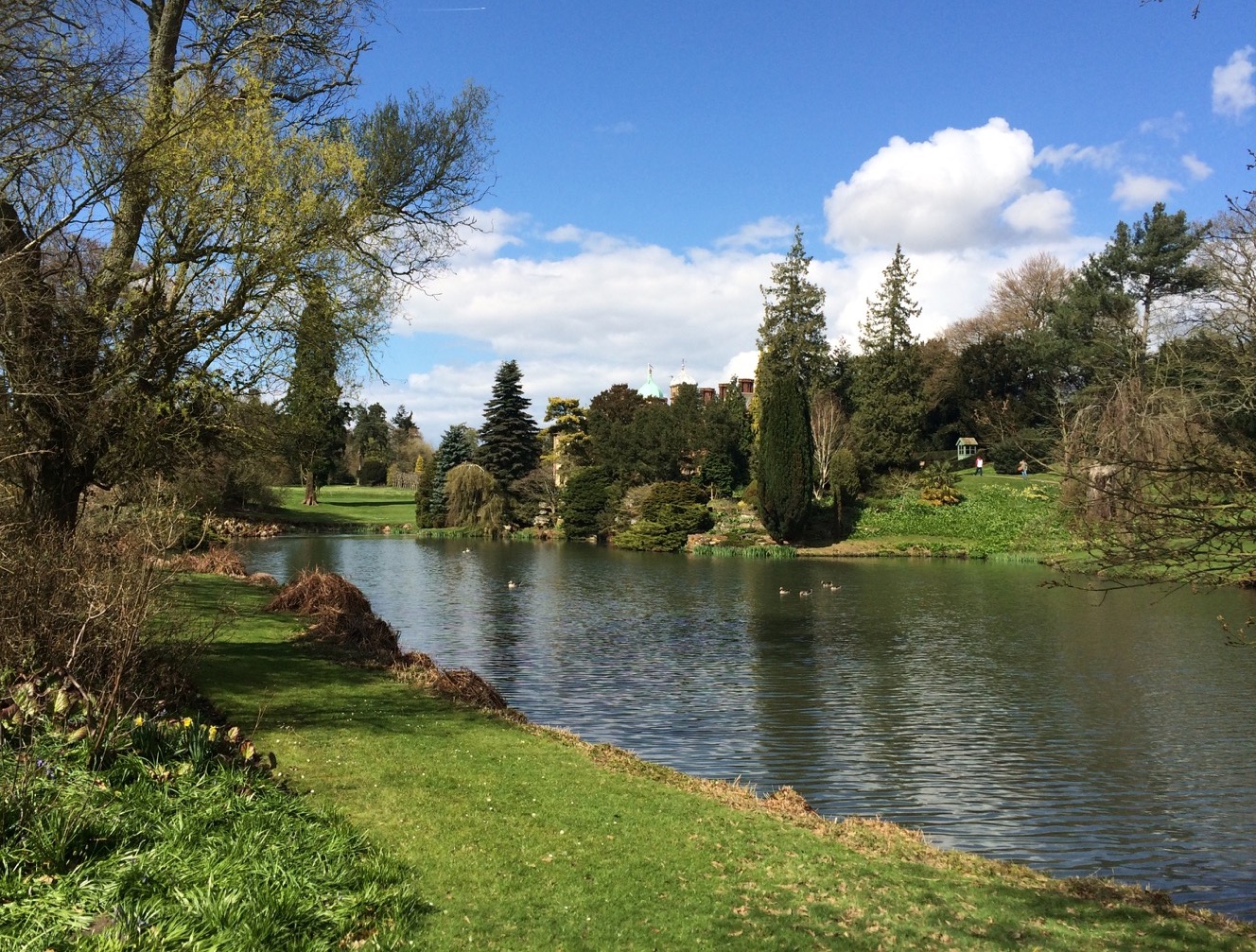 Landscaped hills with various conifers and a lake.

The gardens at Sandringham Estate are great to visit any time of year. Even in winter the hills planted with conifers and the streams, lakes and woodland walks provide beauty and interest. 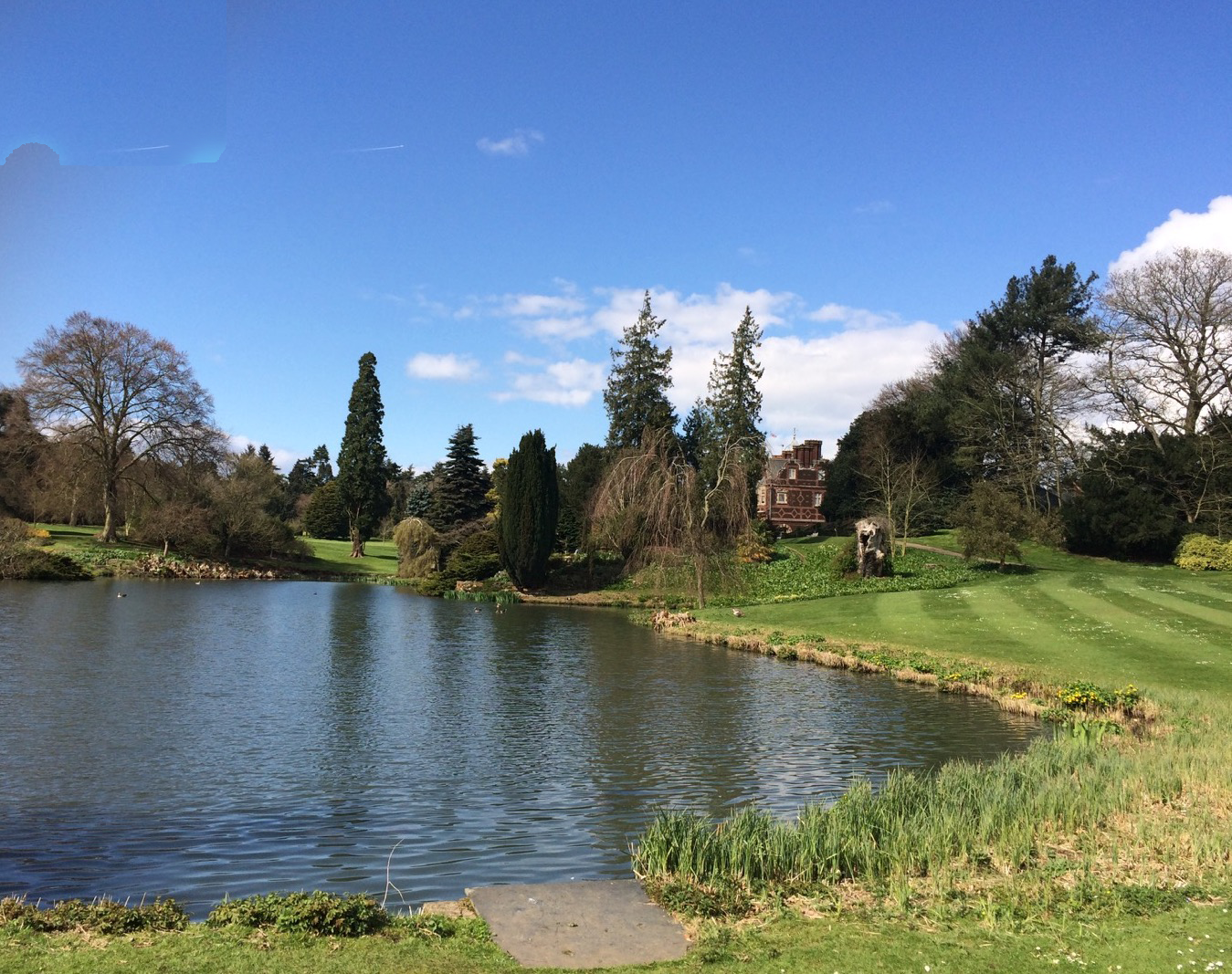 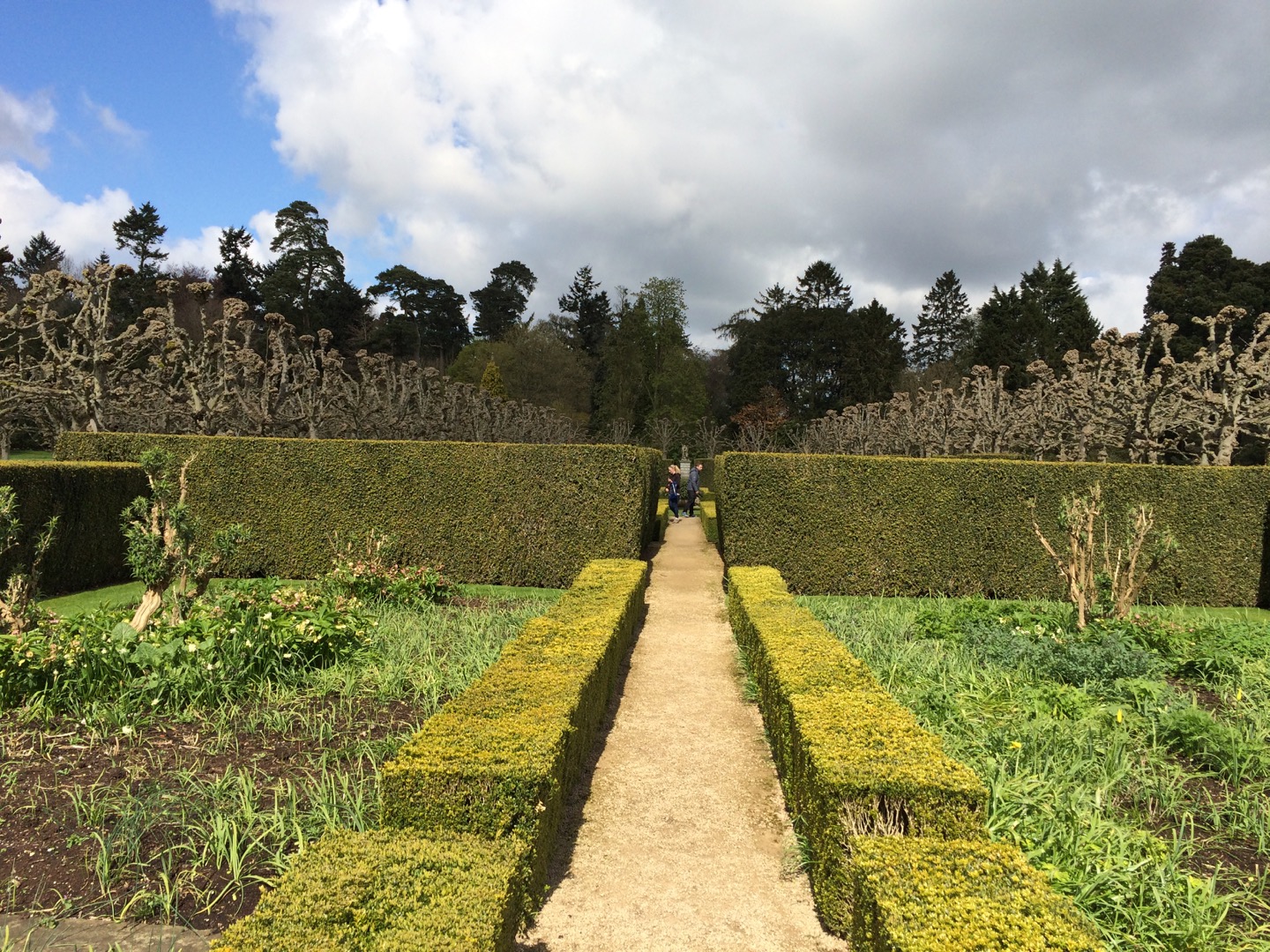 Above the lake is Queen Alexandra’s summerhouse. Nearby there is sixteen species of oak trees and a beautiful cascading stream.

Sandringham house also has interesting historical exhibits inside including a collection of Royal vehicles. 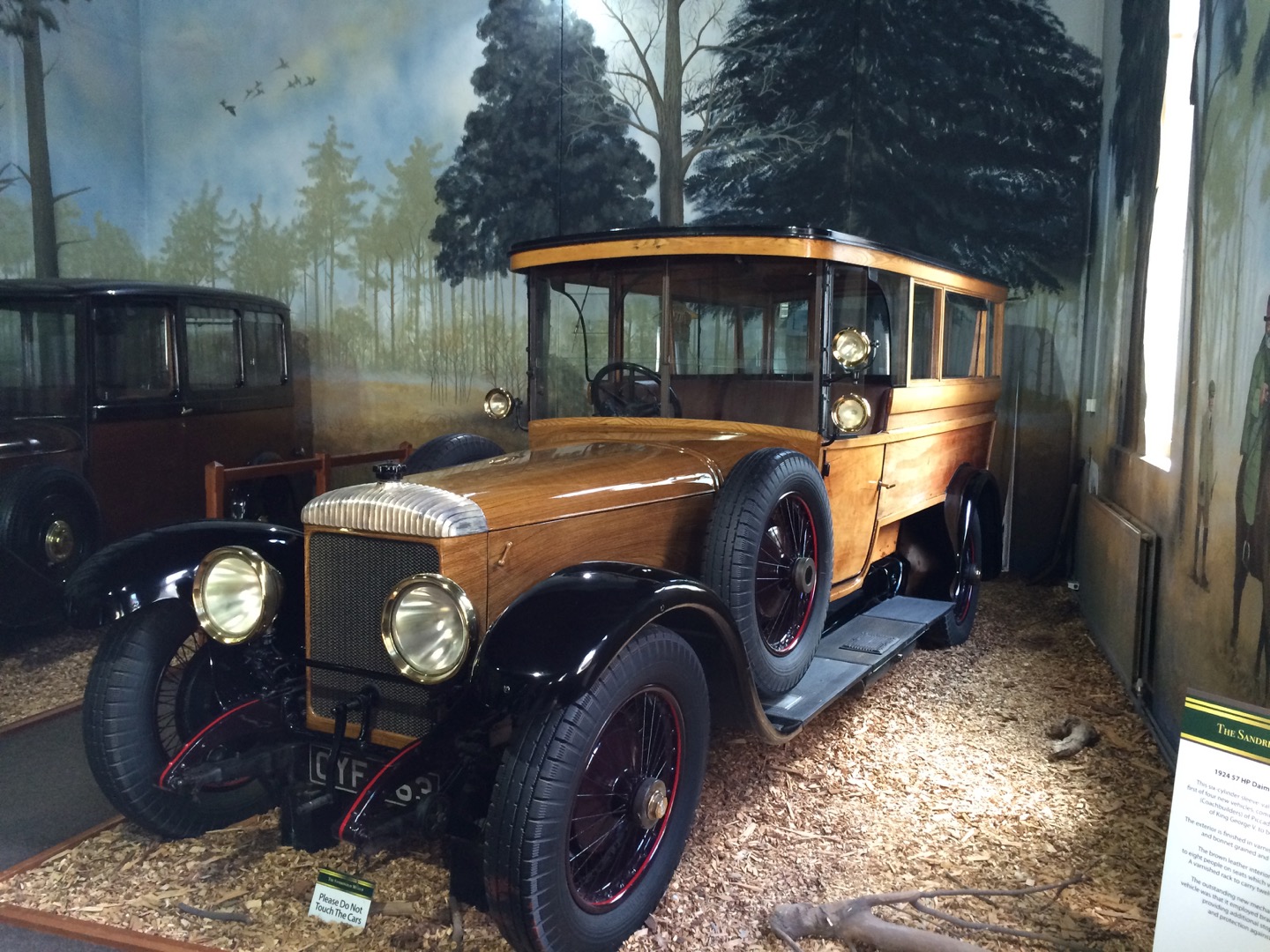