The Arts and Crafts movement

The Arts and Crafts movement was an aesthetic movement started by designer, poet and reformer William Morris. In 1861 Morris founded the interior decorators and manufacturers Morris, Marshall, Faulkner and Company.  Morris during his time studying Classics at Oxford University, became influenced by medievalism. The company was founded with a desire to capture the spirit and quality of medieval craftsmanship. By the 1890s the influence of the movement had spread and become part of a growing international interest in design.

Cottage Garden ideas and the Arts and Crafts movement

American horticulturalist Major Lawrence Johnston created the Serre de la Madone garden in France and the Hidcote Manor garden in the Cotswolds in the UK. The Cotswolds had become a centre for the arts and crafts movement due to artists like Dante Rosetti and his friend William Morris moving out of smoggy London to the Cotwolds. The rural setting far from London with its beautiful scenery and idyllic lifestyle made it a magnet for the type of cottage industries that were part of the movement. At the time, local crafts and skills had not been overtaken by industrialisation. Architect Charles Robert Ashbee moved from London to Chipping Campden and set up factories in some rural buildings employing around 150 skilled craftsmen.

The early parts of the Hidcote garden design were very much in line with the Arts and Crafts movement. Later parts of the design became a little more formal. As the garden is separated by hedges, stone walls or by geographic features, these very different garden design styles go together surprisingly well. The garden design concept was that the “rooms” of the garden were and extension of the architecture of the house itself. 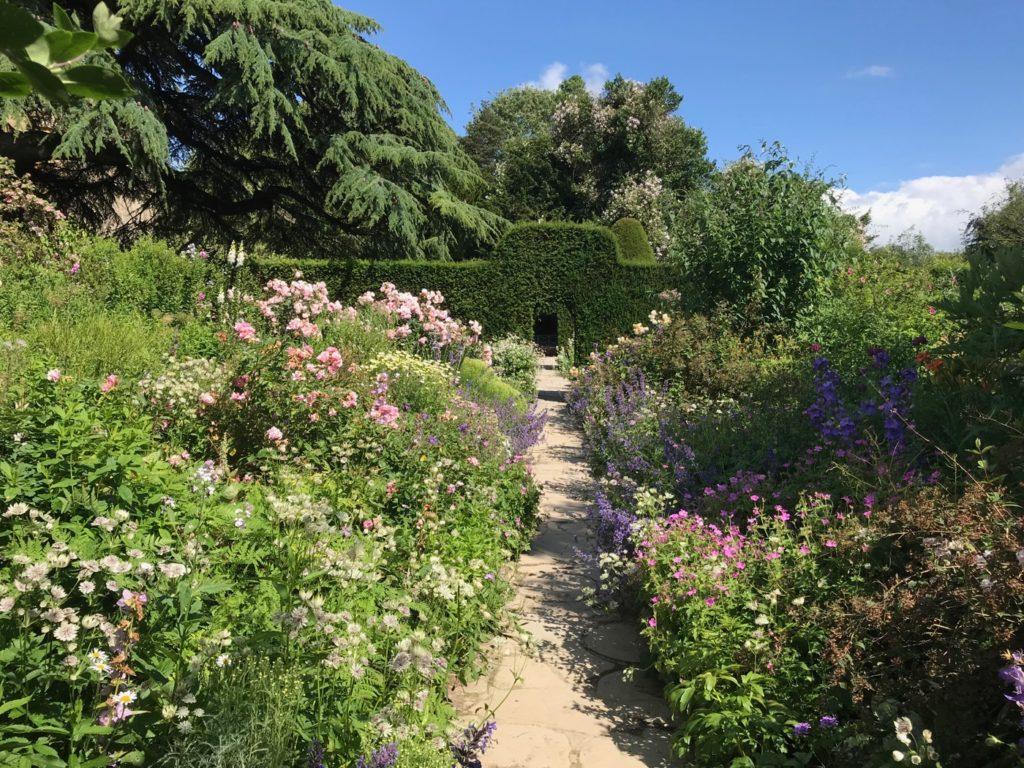 Cottage Gardens often give the appearance of cheerful simplicity.  In reality, the creator of the garden,Major Lawrence Johnston, was an avid collector of garden plants. The Major, went on exotic plant hunting expeditions to Yunnan, China in 1930 and South Africa in 1927 to find plants for his garden. The province of Yunnan in South West China has been the source of over 10,000 plants for western gardens. 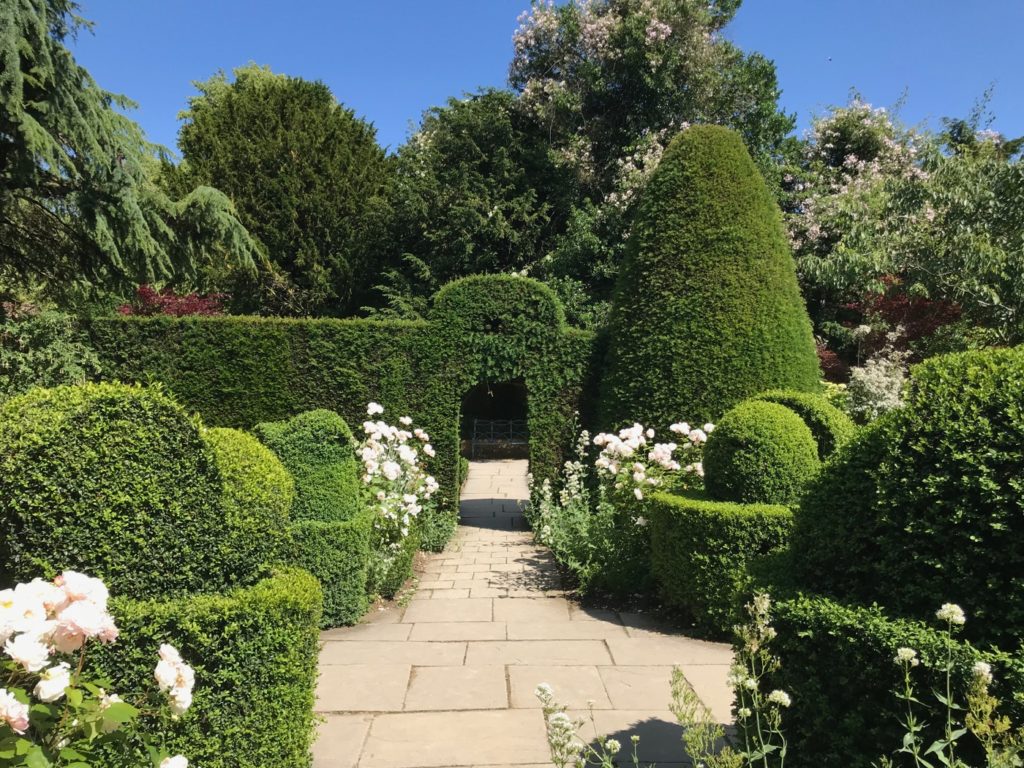 The topiary hedges at Hidcote create interesting views, but also help to divide the garden into smaller garden rooms. Many of these rooms explore different garden design themes. Hidcote is a great place to visit for garden design ideas. 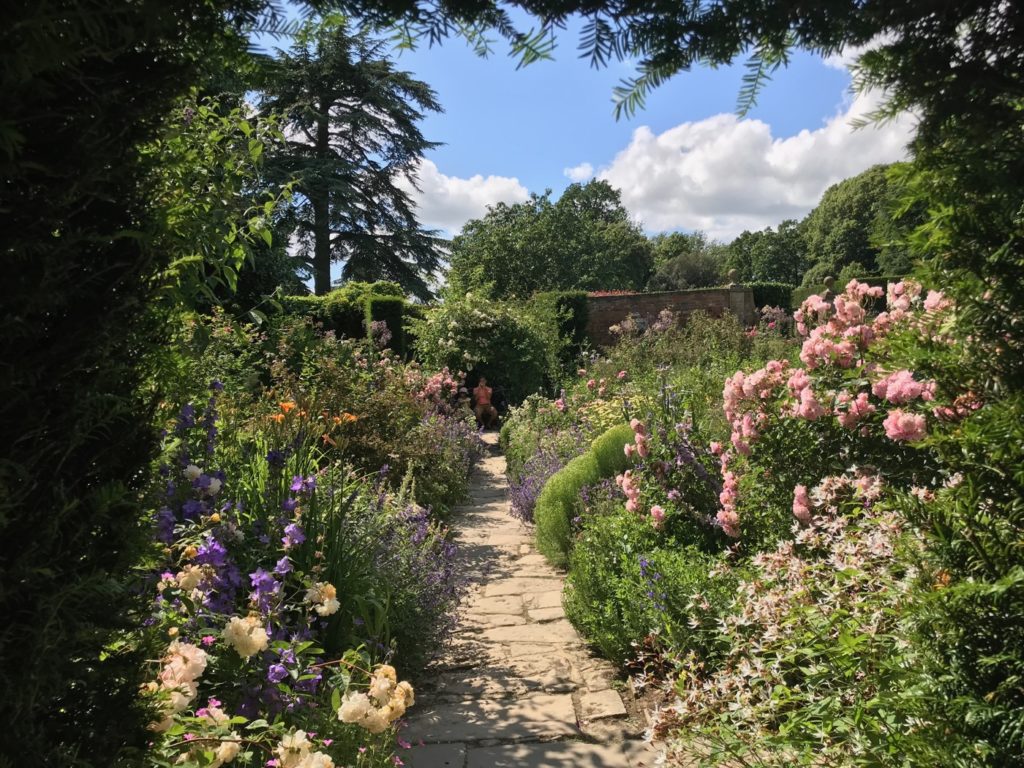 Cottage Garden ideas. Looking through the hedge at the colourful garden with stone garden path.

When viewed through a cut out in a hedge, the spectacular and colourful cottage style gardens create surprise and delight. 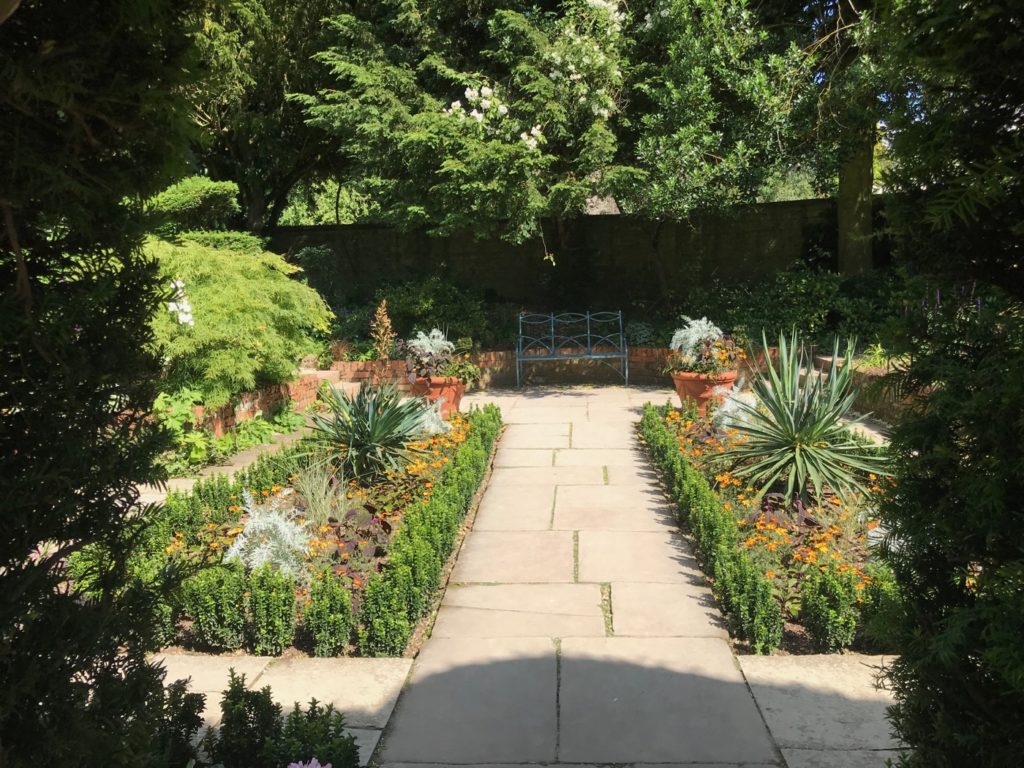 Some parts of the garden are a little more formal with neatly trimmed path edges. 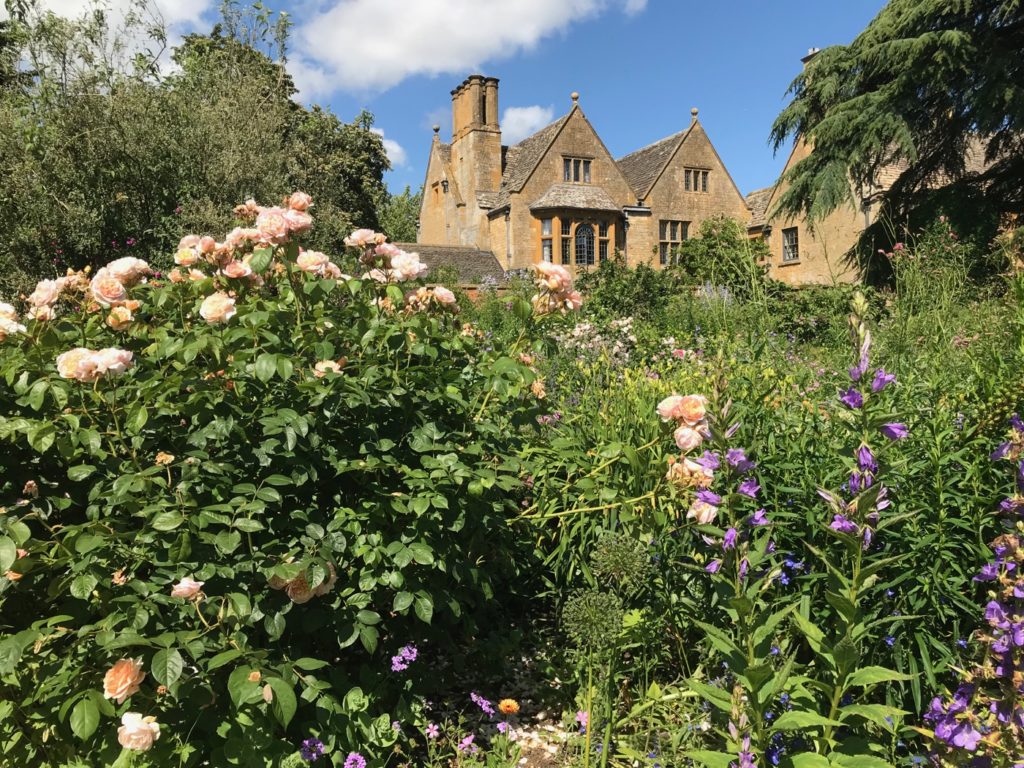 Cottage Garden ideas. Roses are always a favourite in the cottage garden.

The old garden looking back towards the house is a mass of cottage garden plants. Hidcote was the first purchase for the National Trust for the garden alone. 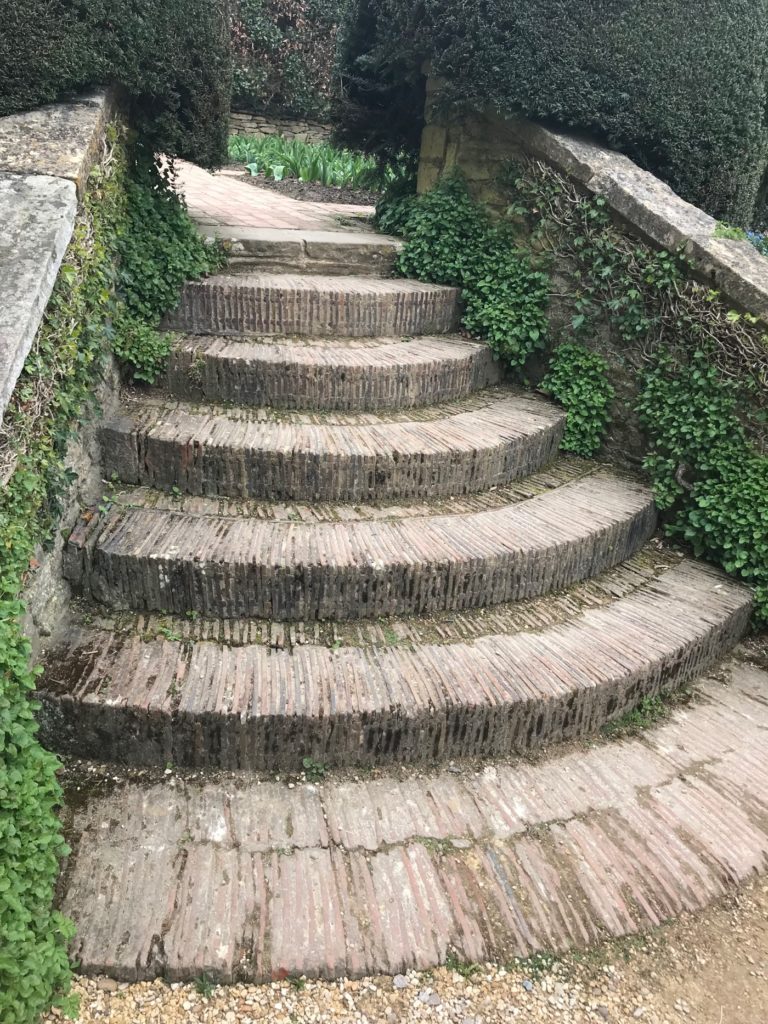 A great example of the use of quality craftsmanship is the garden steps created from hand crafted ceramic roofing tiles laid edgeways. Years of garden visitors has worn the edges of the tiles and given them even more character. These garden design features are typical of the arts and crafts movement. 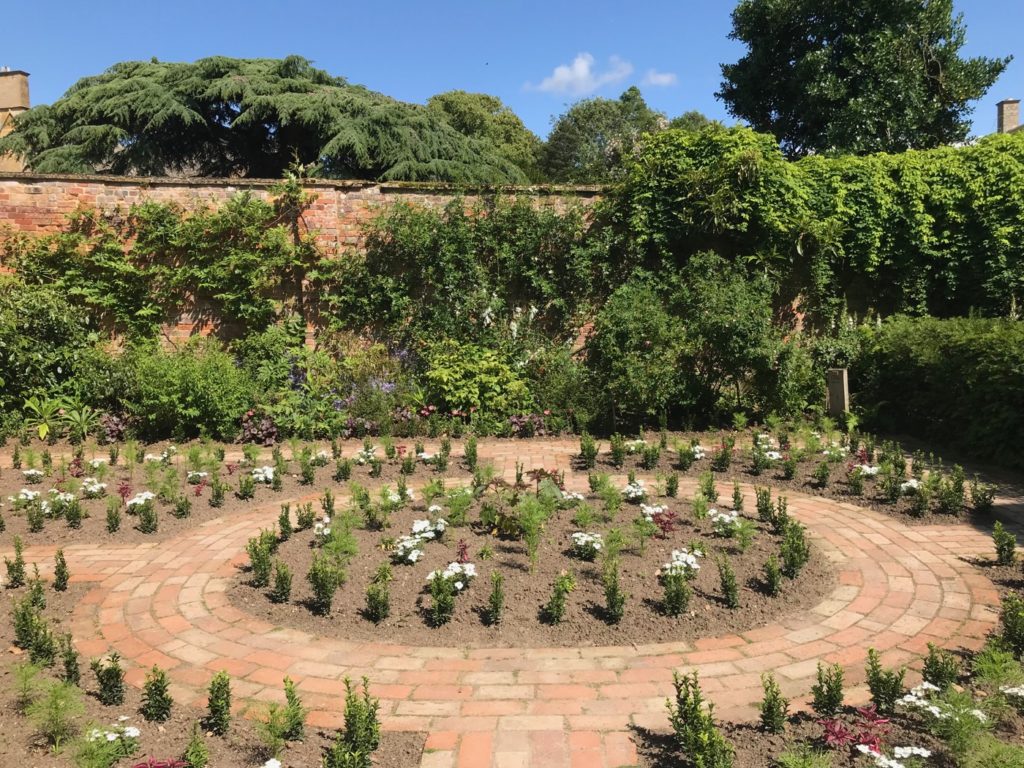 Another more formal garden room. Dividing the garden up into smaller garden rooms makes it possible to explore different garden design themes within the same garden. Each room is like a small garden design in itself. 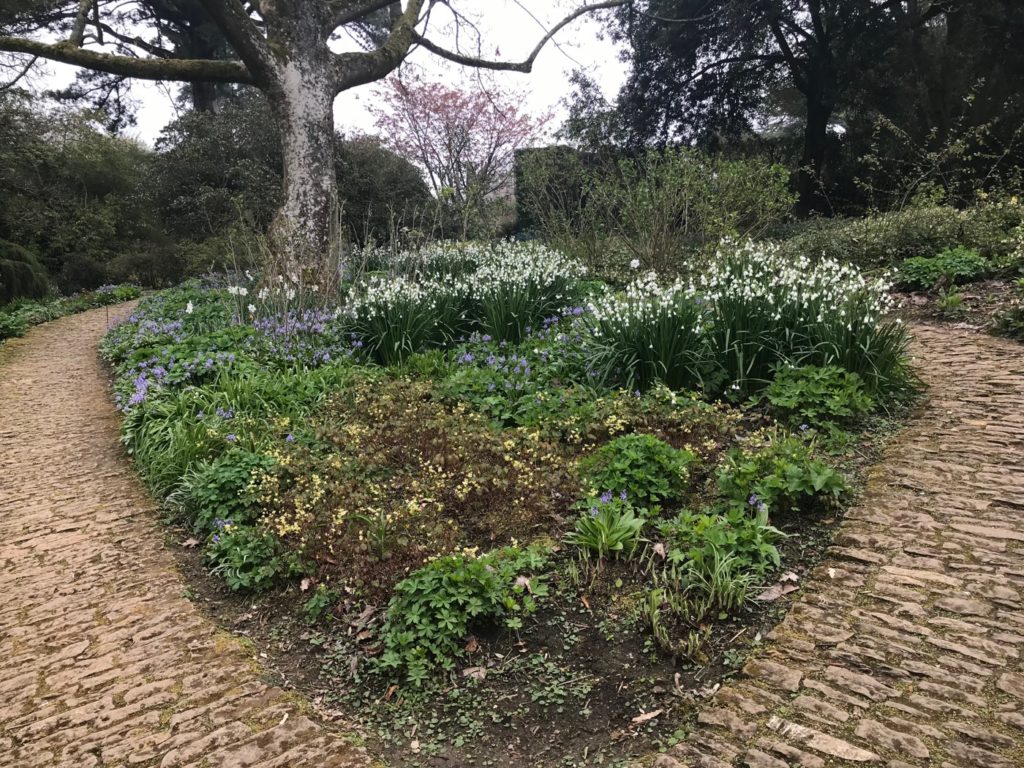 An example of a rustic stone pathway from the Arts and Crafts movement. 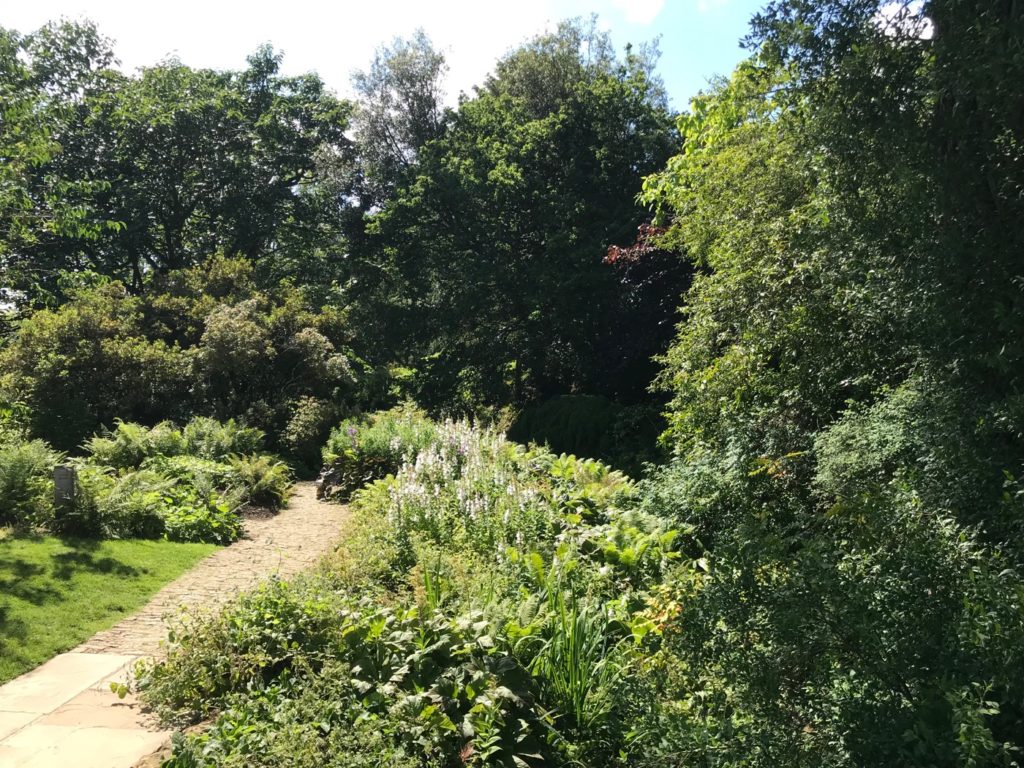 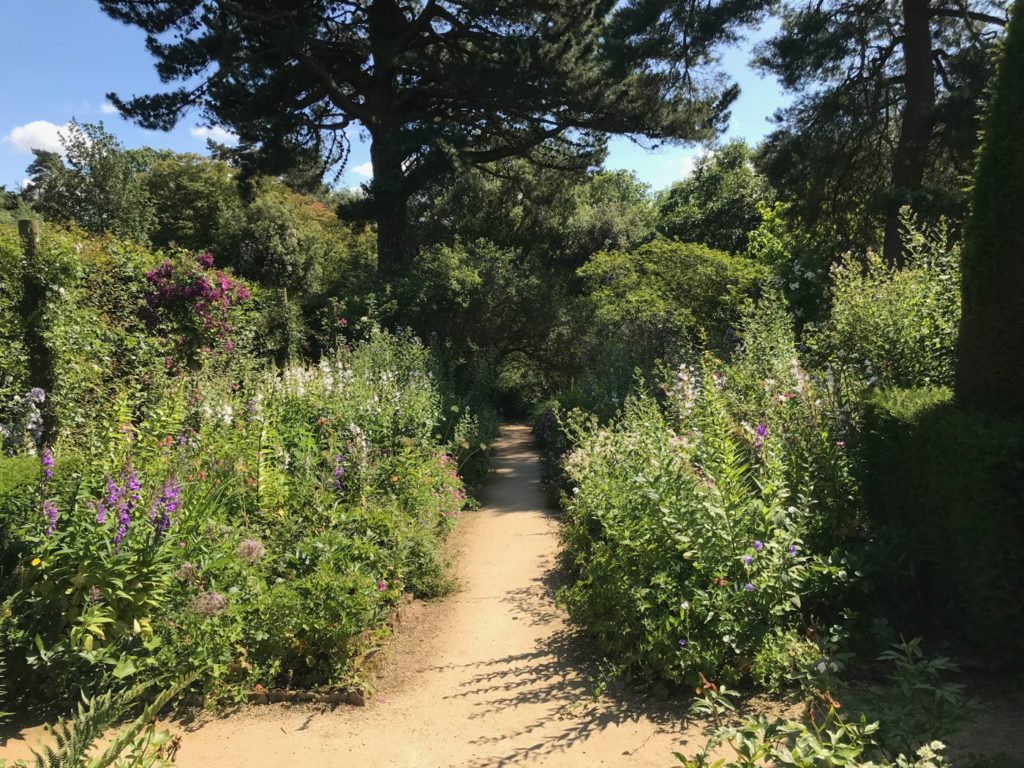 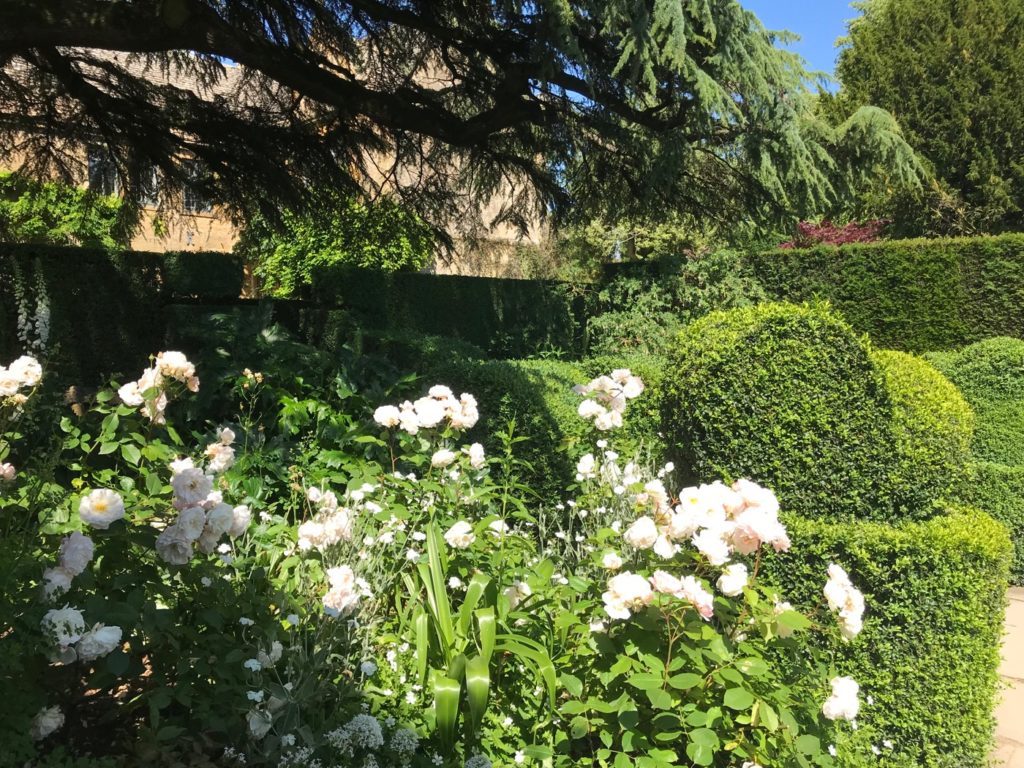 An example of the craftsmanship is the garden stairs made from ceramic roof tiles laid edgeways. These stairs lead to a terraced lawn which is also laid out like a separate room. 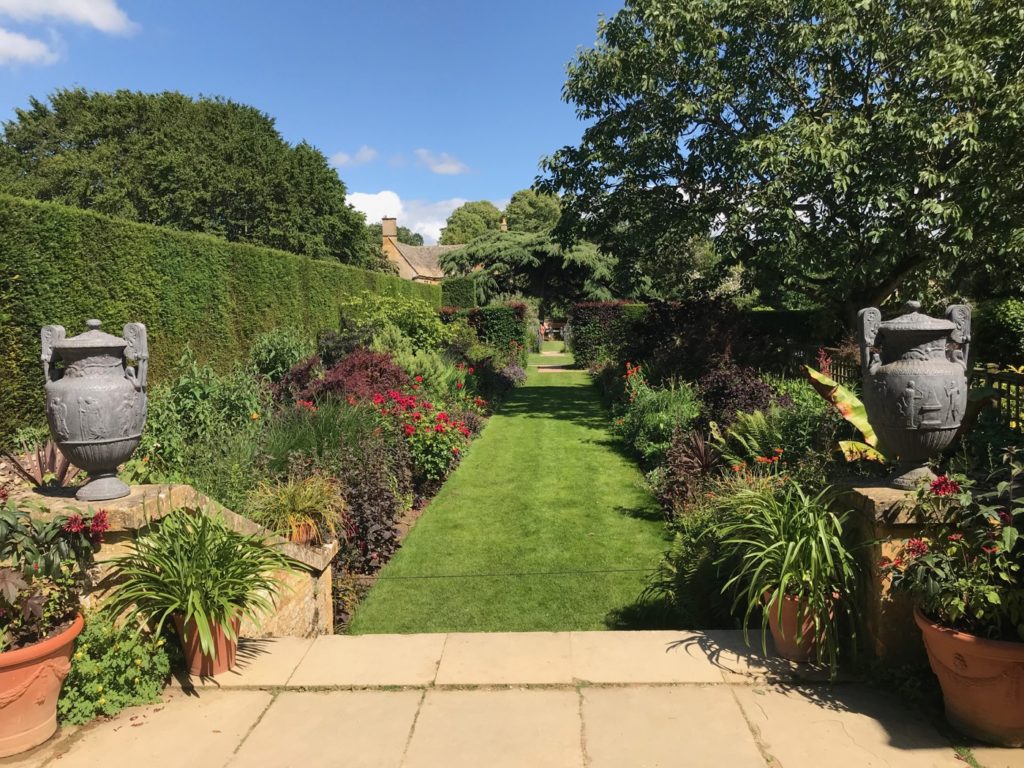 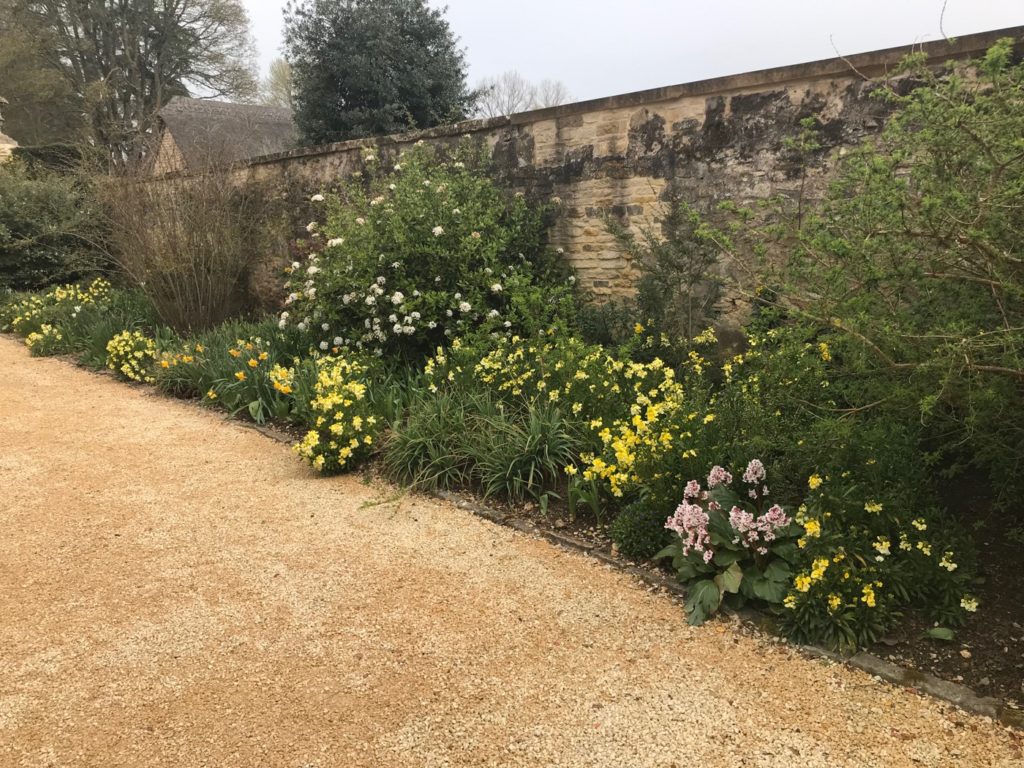 Some of the later garden designs at Hidcote were a little more formal, but still have a cottage appeal. 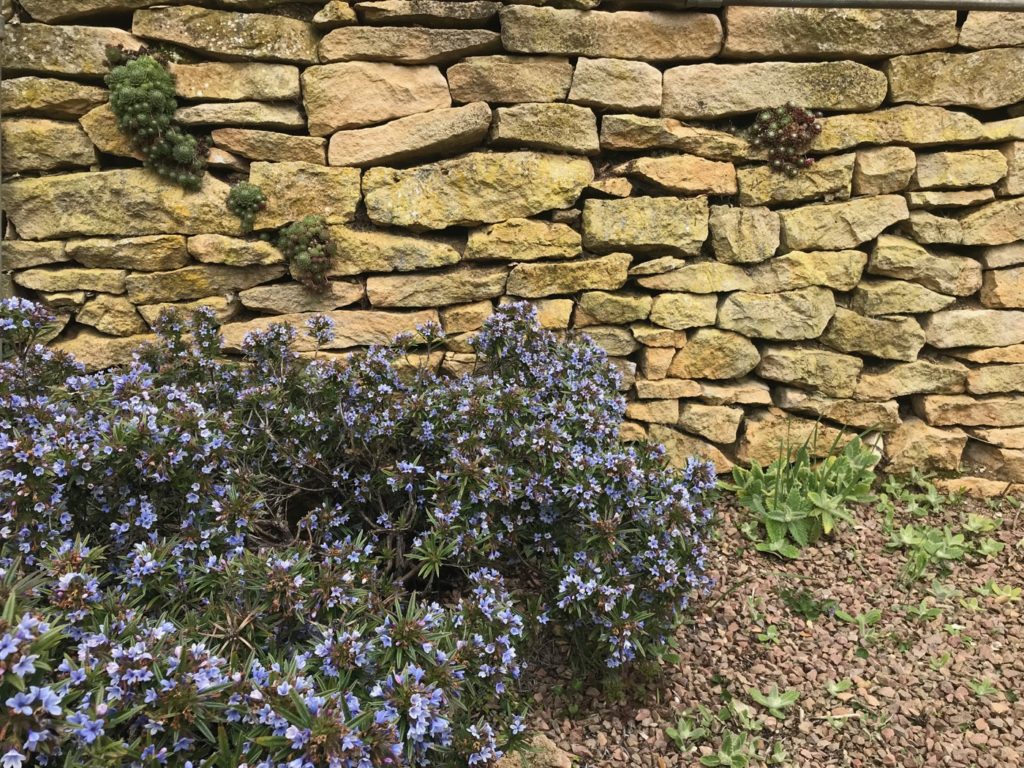 A rustic hand crafted stone wall will give you cottage garden an authentic look. Note the use of complimentary flowers in front. 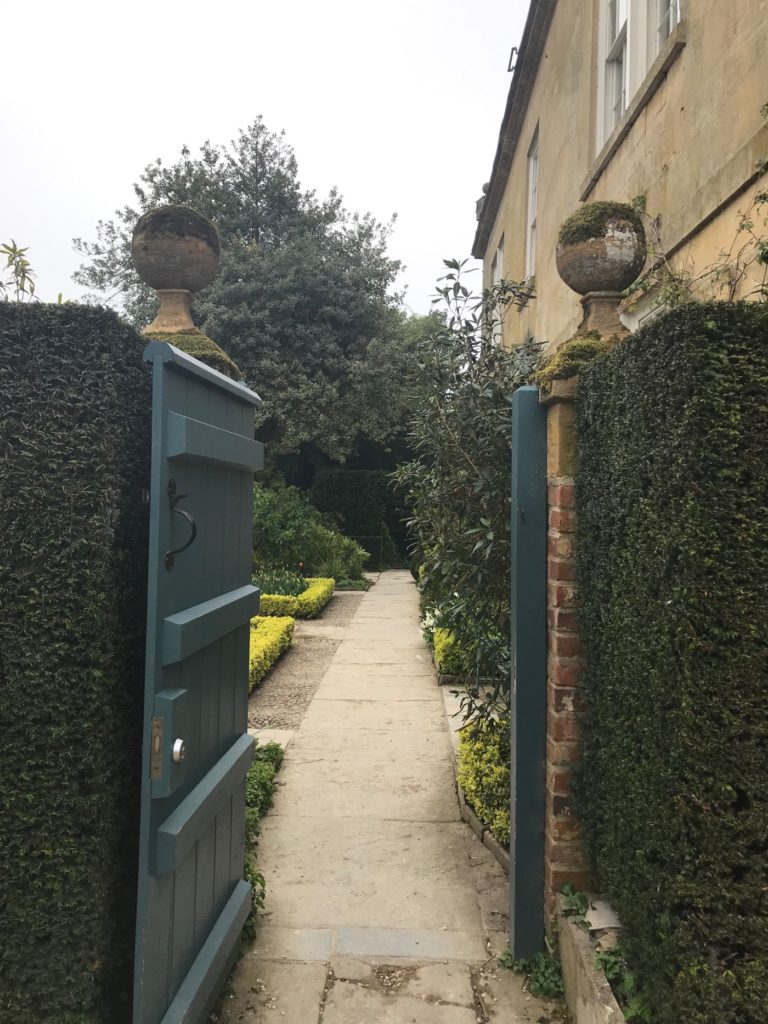 A garden gate helps to separate the garden into different rooms. Note the more formal garden with box hedges on the other side. 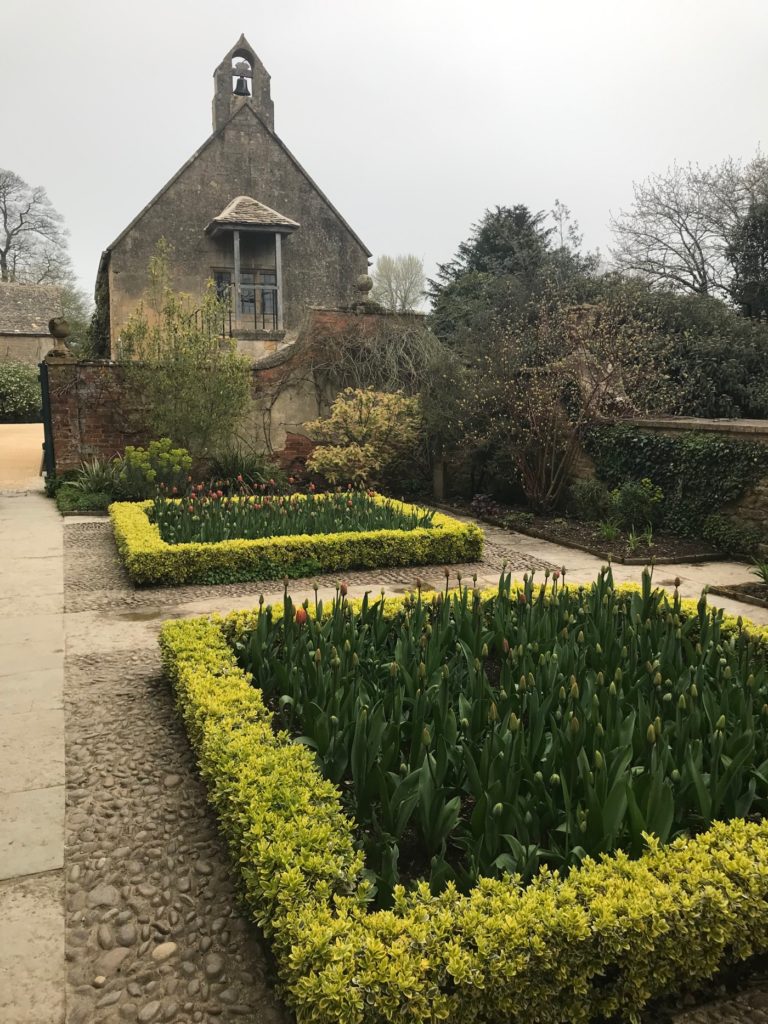 Formal box hedges. Later parts of the garden moved away from the arts and crafts style. 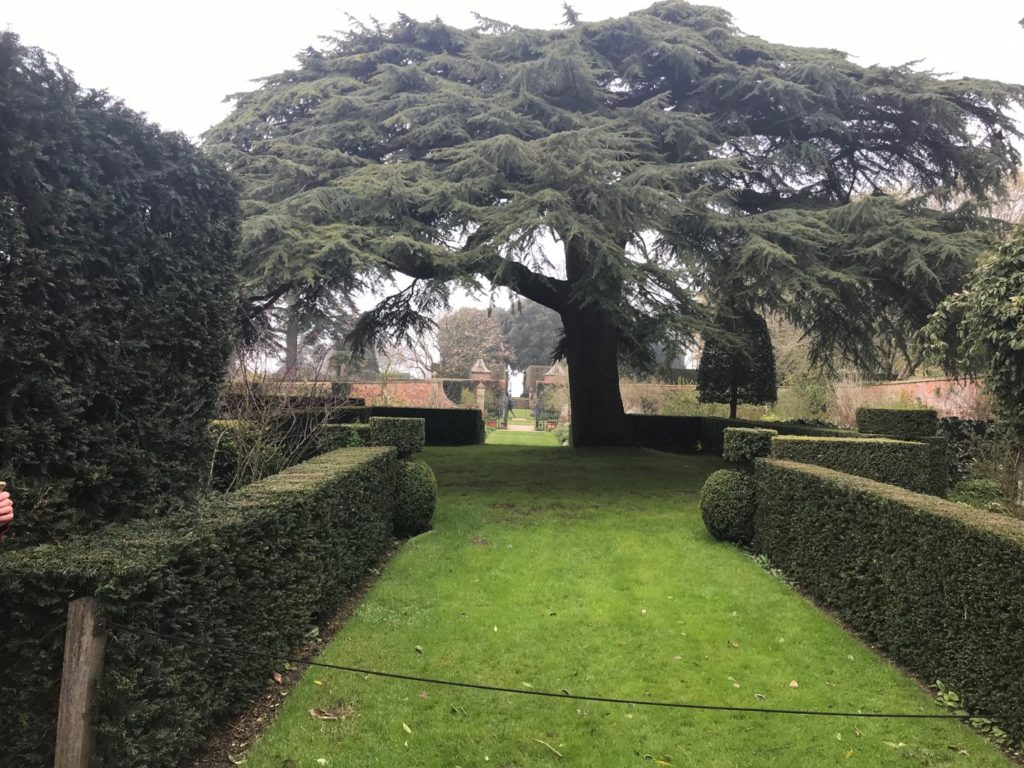 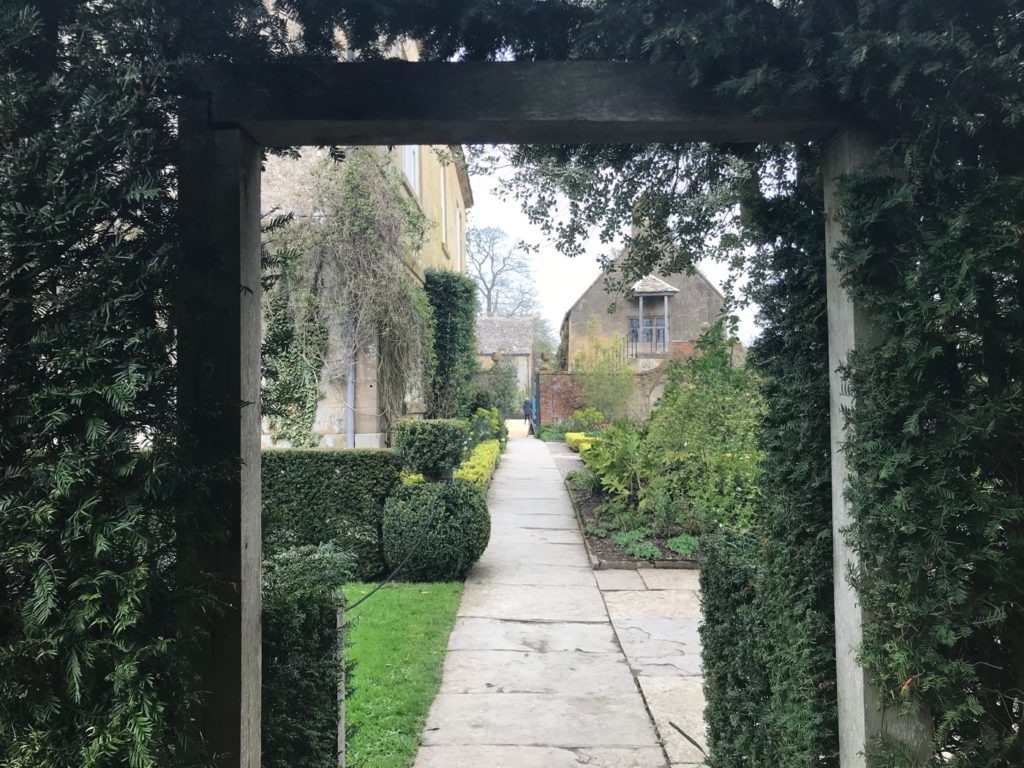 A view through the hedges separating the gardens. Rustic Stone Garden paths. 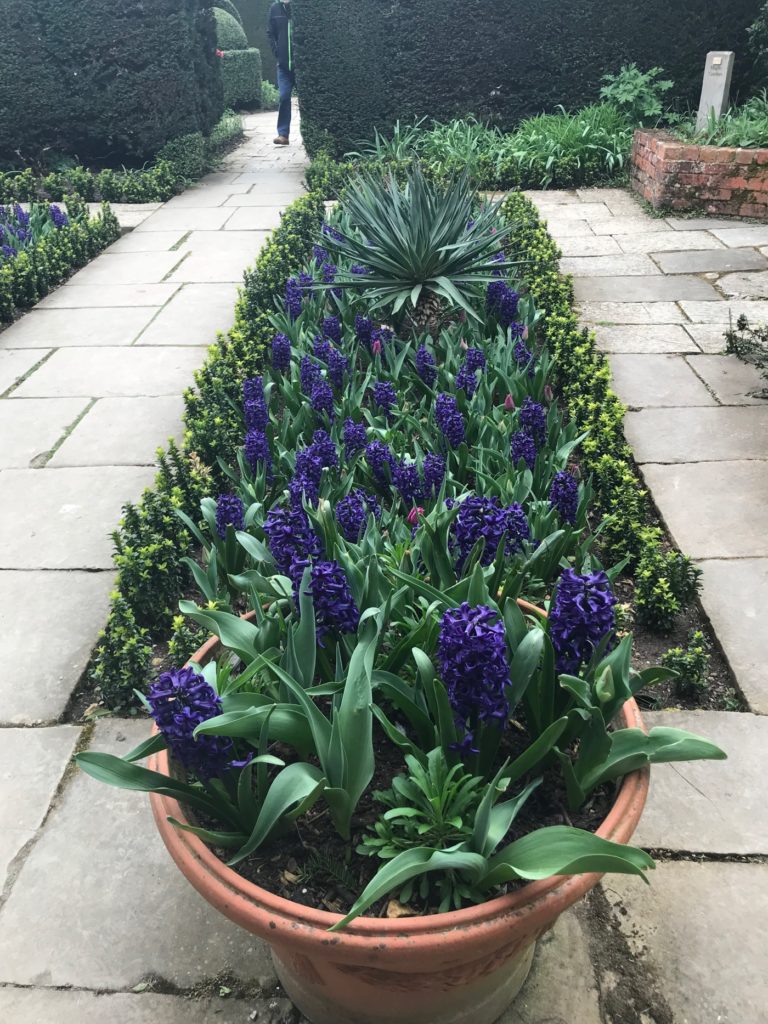 The separated garden rooms alow the garden designer to explore a different theme in each one. 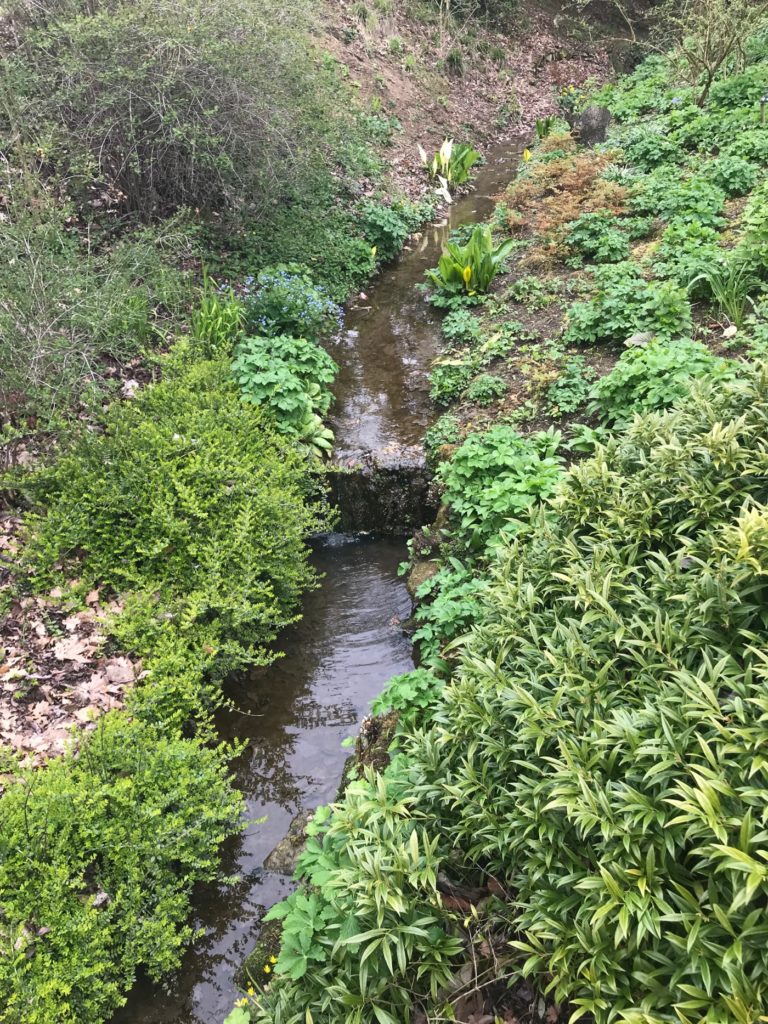 A small stream runs through the garden. 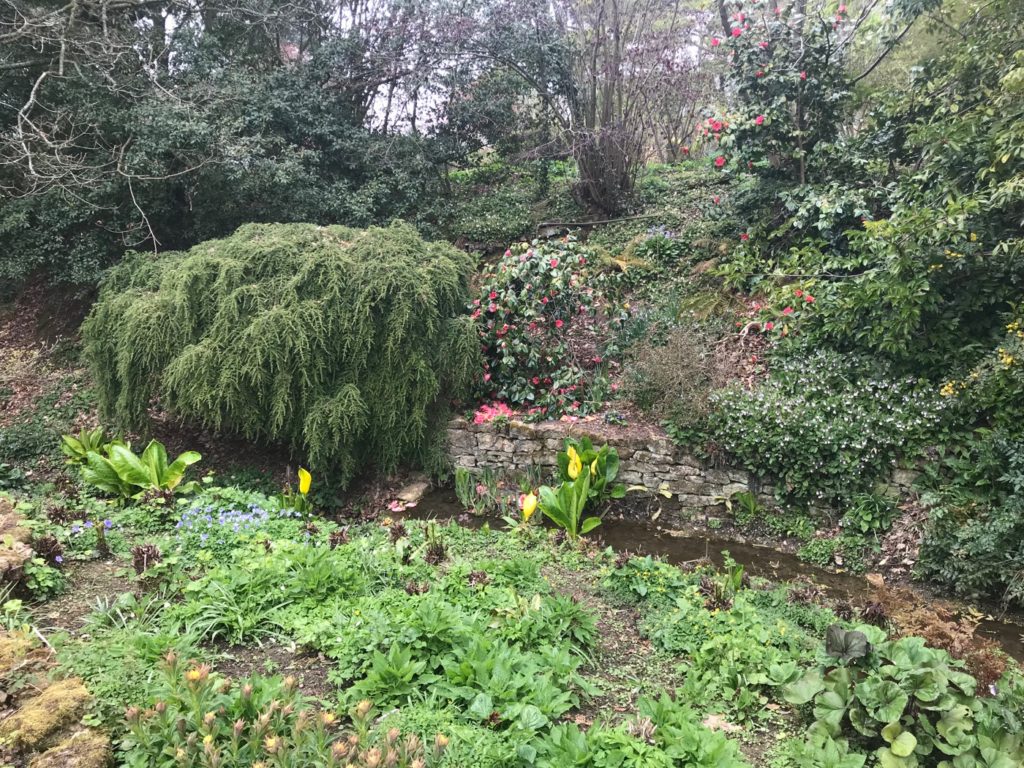 A garden stream separates parts of the lower garden 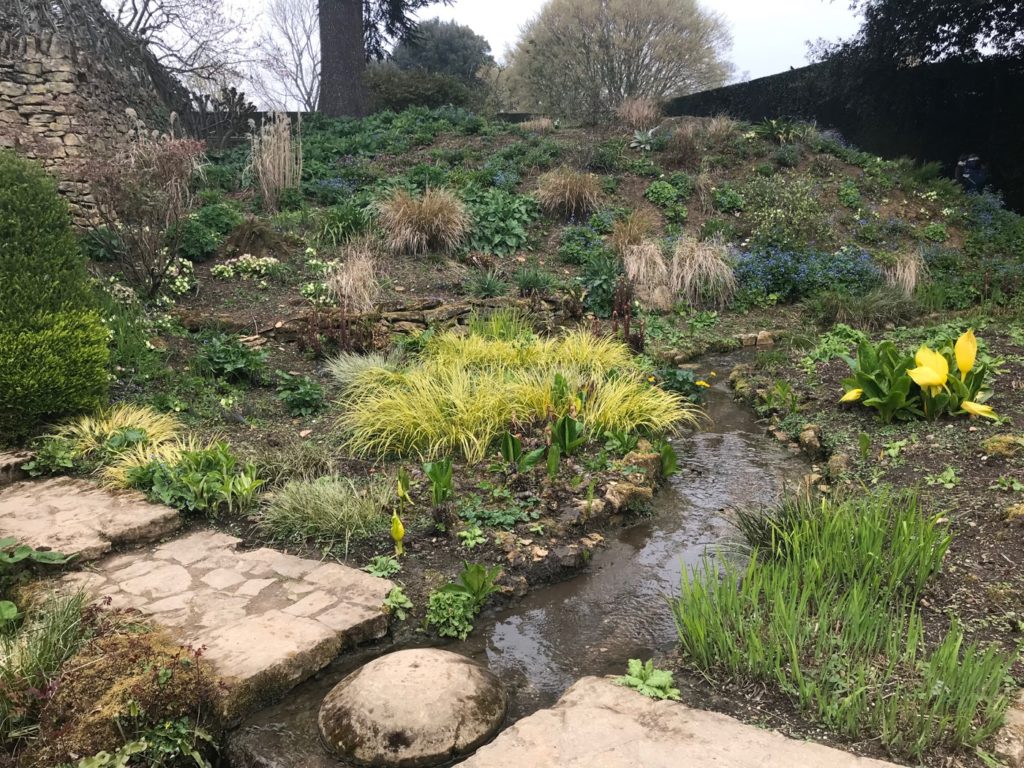 The Stone Garden Path crosses the stream with a well crafted stepping stone. 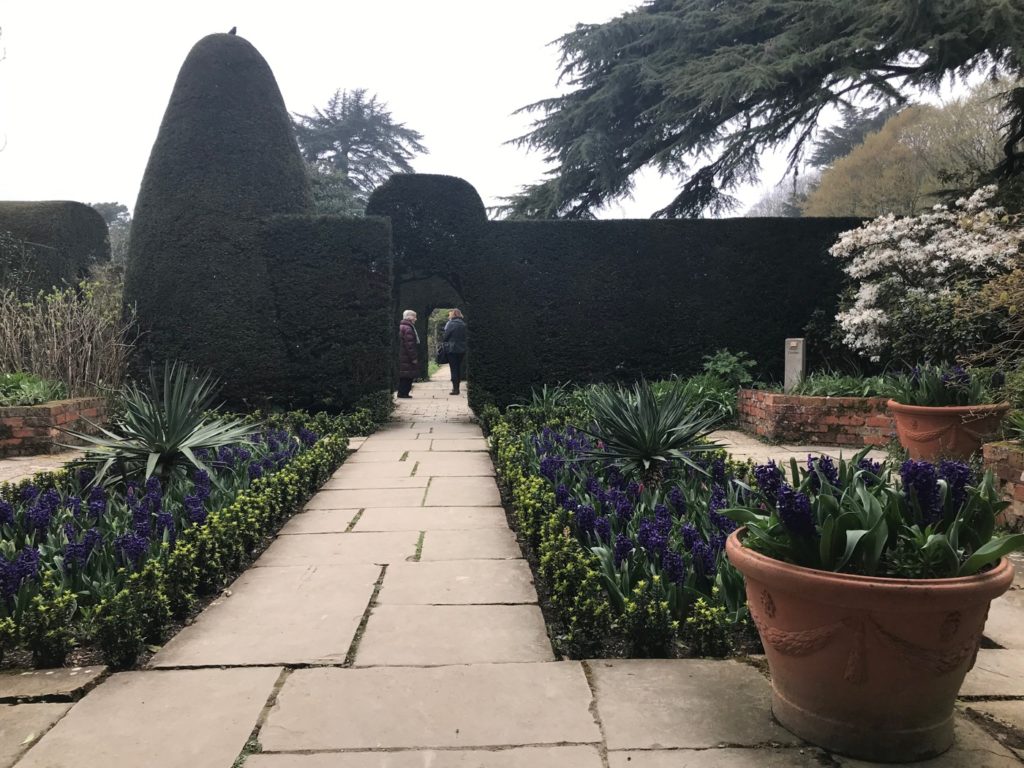 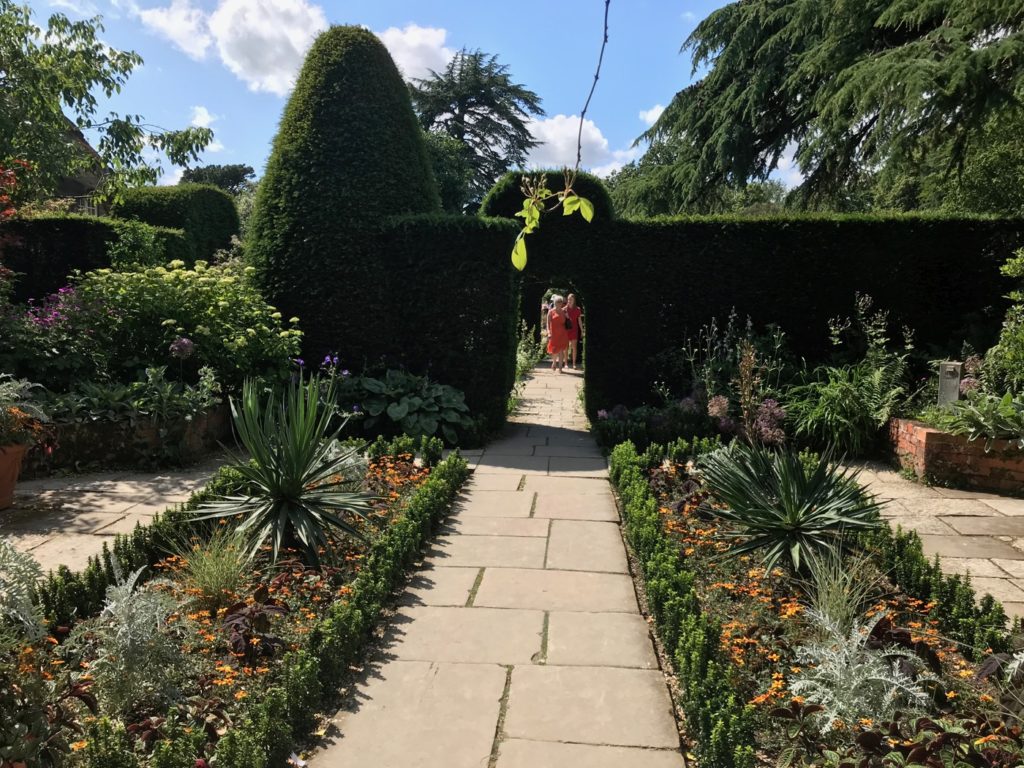 The same view two month later. It is alway worth revisiting Hidcote to see the different seasons in the garden. 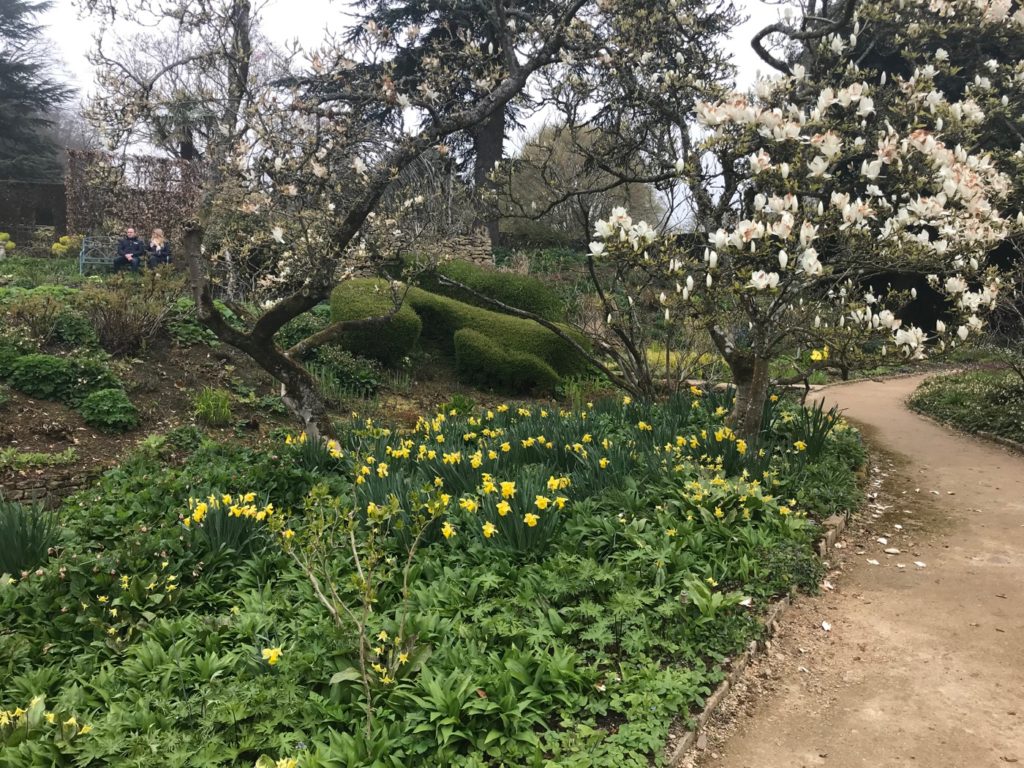 Magnolias and Daffodils with a winding garden path. 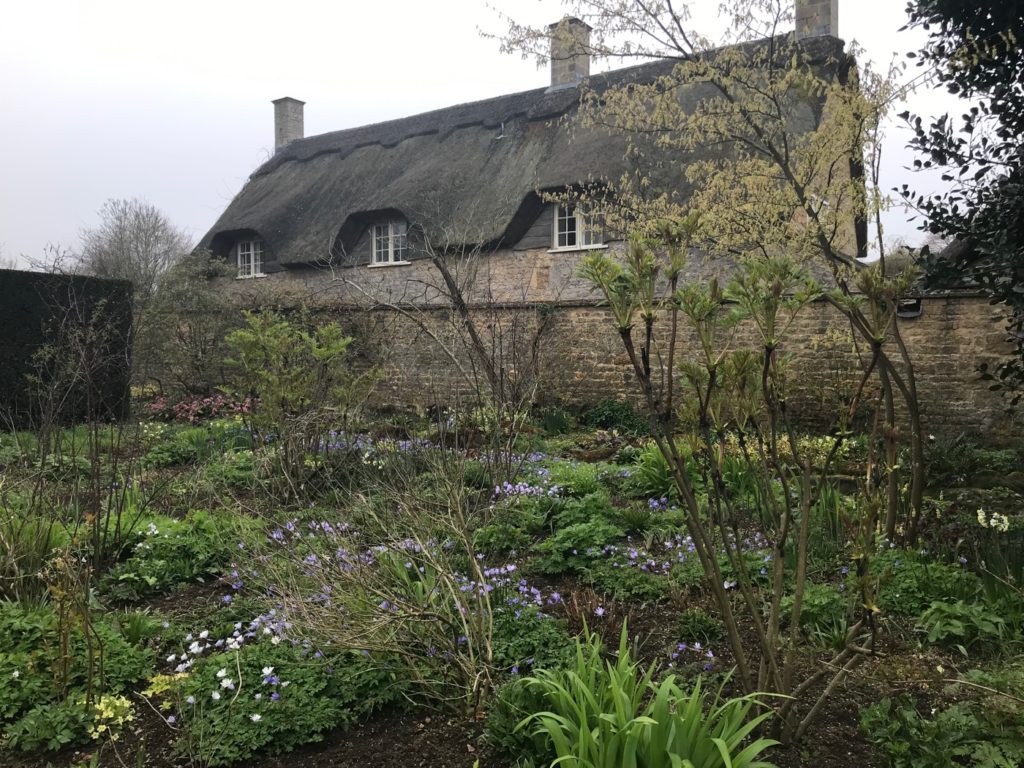 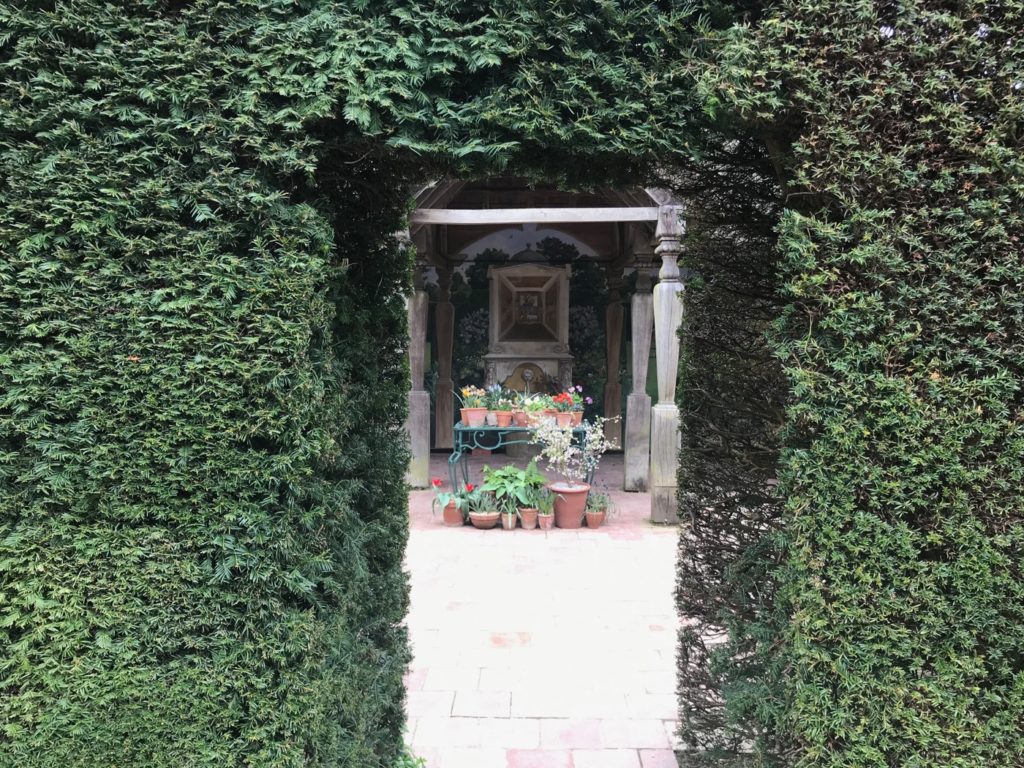 Cut outs in the hedges provide vistas into other garden rooms. 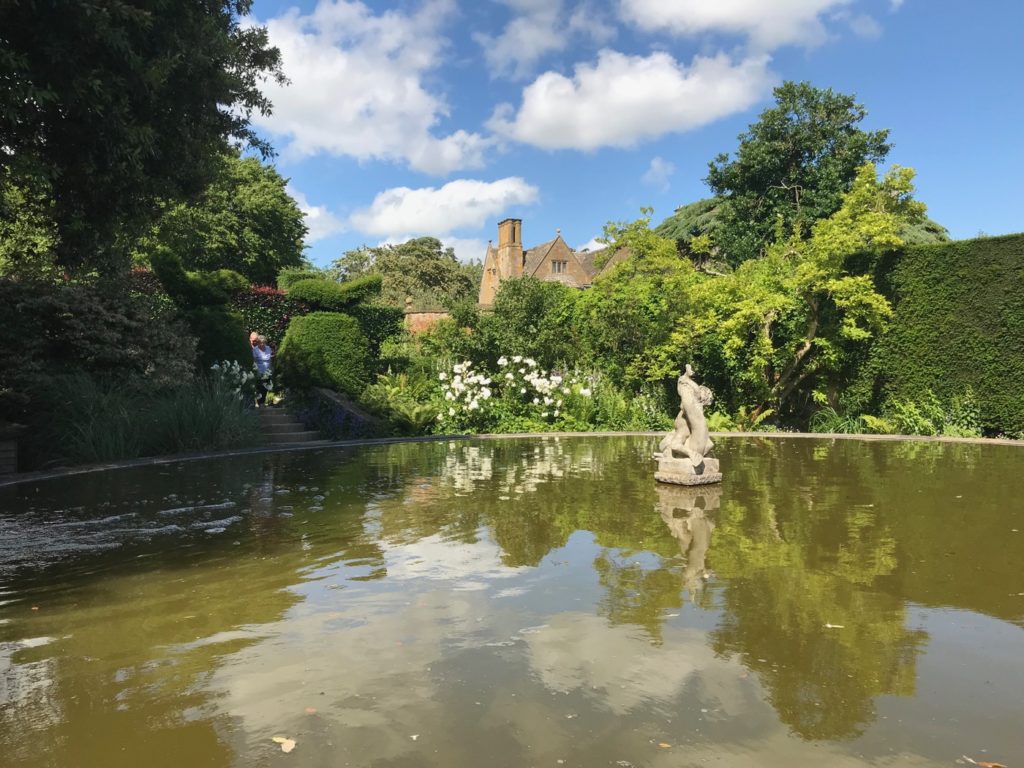 Garden water feature with a view back to the house. 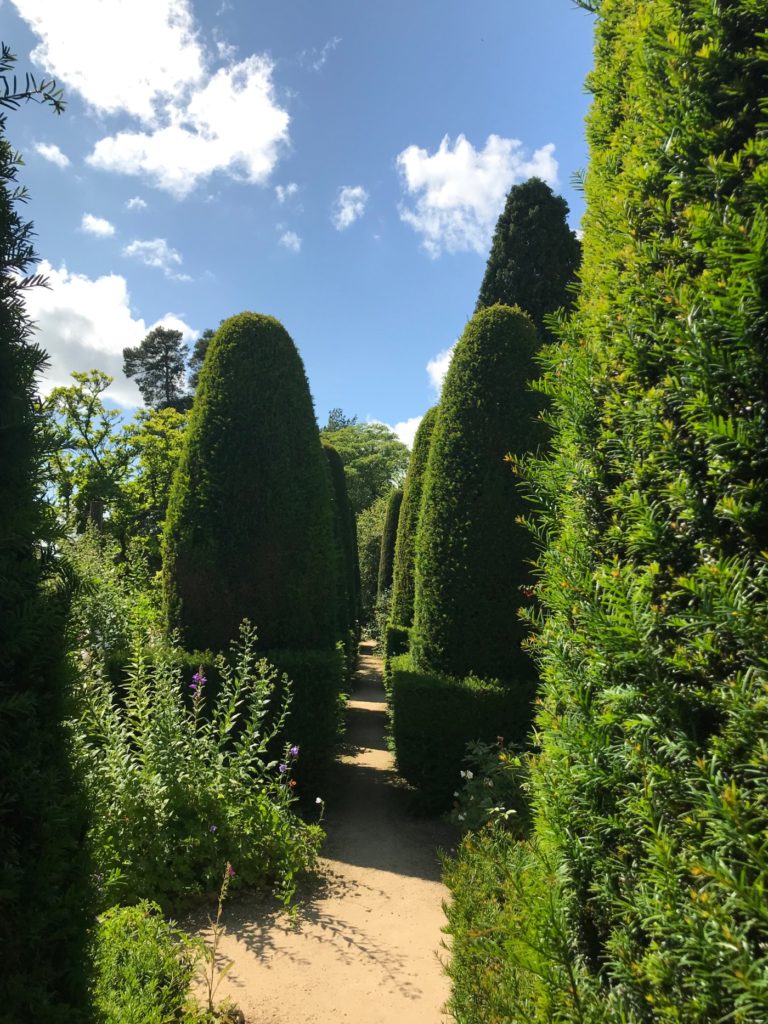 Click here for more information on the National Trust